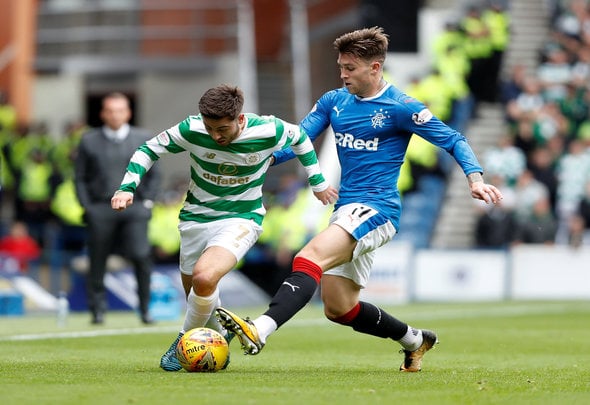 Celtic winger Patrick Roberts has confirmed that he aims to be playing in the Premier League next season as his loan spell from Manchester City comes to an end.

The 21-year-old has been on loan at Celtic Park since February 2016, initially on a year-and-a-half deal before seeing his time in Glasgow extended by a year, helping the club to the brink of their second successive domestic treble.

However, with 78 appearances under his belt for the Hoops, the right-sided flyer has revealed he intends to step up to the next level and cut his teeth in England’s top flight, thanking the Bhoys for the opportunity they presented to him.

“I’ve enjoyed my football (with Celtic) and everyone knows that. But you also have to look at the bigger picture and I have certain ambitions in my head and places that I want to be

“To get there I need to come out of my comfort zone and try to reach those targets, but playing for Celtic has been a dream come true and I’ve enjoyed every minute.

“They’re (Manchester City) letting me crack on here. They’re concentrating on their season but I will [have talks] towards pre-season when I get back in with them and I’ll see what happens then.”

Losing Roberts will come as a big blow to the Hoops faithful for he has established himself as a favourite in the east end of Glasgow. However, there will be few who could argue that they did not see this coming, for after two-and-a-half years of playing in Scotland, Roberts want to take himself to the next level. While that is unlikely to be with title winners Manchester City, who have a whole raft of talent at their disposal, another loan spell seems likely and if he can get himself regular game time under a good manager who can help his development continue, the experience will only make him a better player. Roberts will always be remembered as a key part of the side which have made history at Parkhead and nothing can take that away from him, and the Bhoys will be wishing him all the best on his future endeavours.