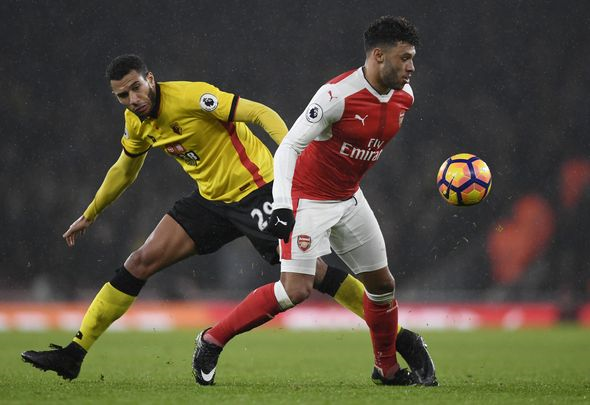 End of the road for Arsenal title bid

Once again, Arsenal appear to have waved goodbye to their Premier League title hopes in February. It has become a common trend in recent years, and it certainly does not flatter a side that calls themselves ‘title challengers’. The defeat saw Arsenal fall 12 points behind league leaders Chelsea, and all but end their title hopes for this season. Arsene Wenger’s side simply had to win the game to stand any chance of catching the Blues at the top of the table, and they didn’t do that. The big test now will be of Arsenal’s top-four credentials. Their rivals are closing in fast. Tottenham are already ahead – and finishing behind them alone is a disaster by Arsenal standards; while Liverpool and Manchester City can also go ahead on Saturday. Manchester United, meanwhile, can move to within just two points of Arsenal. They are in danger of dropping out of the top four entirely, which would cap off what has been a rather drastic decline from the top-flight’s elite.

Duo are hopeless together

In fairness to Wenger, he had few options heading into the tie; but his experiment backfired miserably. Alex Oxlade-Chamberlain was chosen to partner Francis Coquelin in the centre of midfield, but they lost almost every midfield battle to Chelsea throughout the game, and offered little as a link between attack and defence. Coupled with the constant errors in positioning from the full-backs, the pair left the centre-backs isolated, which is a nightmare scenario for any side going up against the likes of Eden Hazard and Chelsea. Arsenal fans have already mourned the loss of Santi Cazorla to injury, but they will now be praying for a swift return for the likes of Granit Xhaka (suspended) and Mohamed Elneny (AFCON), who have both also been absent. The Ox-Coquelin partnership simply does not work, and Arsenal were ripped apart because of it. If they travel to Bayern Munich with the same game-plan, they’ll be looking at a cricket scoreline.

Signing Shkodran Mustafi in the summer has solved a number of Arsenal’s defensive problems. However, Wenger may be forced to make another all-important change to his defence at the end of the season – this time in goal. Petr Cech was a brilliant, and much-needed acquisition for the club in 2015; but he has struggled for consistency of late. He cannot be blamed for all of Arsenal’s recent problems, but he’s often had a part to play in them. As he has got older, his positioning and speed have both declined. His performance today though, was arguably his worst yet since arriving at the club. Meanwhile, he has kept just seven clean sheets from 23 appearances this season, and no longer looks the reliable figure that has graced the Premier League for well over a decade. That said, he remains Arsenal’s best current goalkeeping option; but that might suggest a little more in favour of the need for Arsenal to add a new long-term goalkeeper to their ranks at the earliest opportunity.

In other Arsenal news, fans reacted furiously on Twitter to Lucas Perez’s omission from the matchday squad.