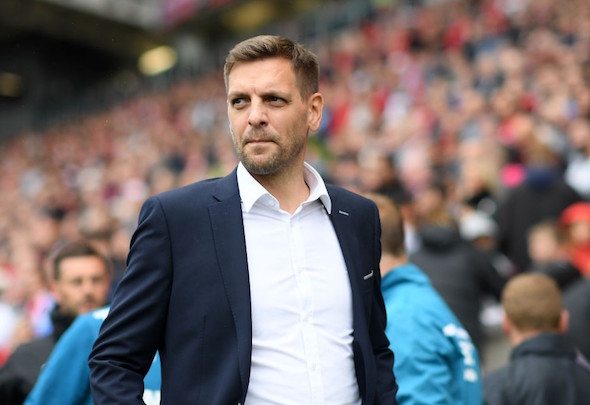 Middlesbrough are weighing up a move to sign Dutch forward Deabeas Owusu-Sekyere after he headed to the club this week for a trial, Football Insider can reveal.

The former Ajax forward, 19, is available as a free agent after leaving Portuguese side Leixoes earlier this summer and is trying to secure a permanent contract with a leading English club.

A Boro source has told Football Insider that the club are ready to beat rival suitors Barnsley to the signature of Owusu-Sekyere.

He has been training with Middlesbrough this week and is in line to feature for the club’s Under-23’s against Reading later today.

This will enable the north-east outfit’s coaches and officials to have a close look at him in action.

Manager Jonathan Woodgate is keen to add to his side’s attacking options after a disappointing start to the season.

Should Owusu-Sekyere impress during his training stint he could win a deal at the Riverside.

However, Boro will have to fend off rival interest from fellow Championship club Barnsley, who have also assessed Owusu-Sekyere at close quarters during a recent trial.

The teenage forward came through the famed Ajax youth academy and played in the same youth teams as the likes of Matthijs de Ligt and Justin Kluivert.

He never broke into the first-team at the Johan Cruyff ArenA and is now believed to keen on a permanent move to England to ignite his career.

Boro are a far more stable Championship club, who are without a manager after sacking Daniel Stendel last week and are 23rd in the table ahead of the weekend’s fixtures.

In other Middlesbrough news, it can be REVEALED that the club have held talks about signing proven Premier League star who left Aston Villa in the summer.