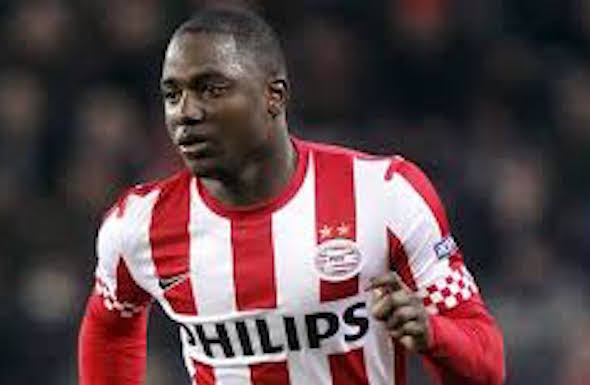 PSV Eindhoven star Jetro Willems could be looking to manufacture a move to Liverpool after posting an edited image of himself on Snapchat.

The 22-year-old is the latest name to be linked with a move to Anfield as manager Jurgen Klopp looks to bring in a quality left-back.

According to The Sun, a Reddit user claimed that the Dutch international posted this image on his Snapchat account. The picture is Willems’ head photo-shopped onto the body of ex-teammate and recent £25million Liverpool signing Georginio Wijnaldum, with the caption reading ‘hahahaha’.

This controversial move from Willems comes after claiming on his Twitter account that he will see Wijnaldum ‘very soon’, along with a picture of the ex-PSV captain.

I wish you all the best at your new club my friend, we'll see each other again soon! @GWijnaldum pic.twitter.com/P7nFu8HjkX

Jurgen Klopp has identified the need for a new left-back after concerns were raised over last season’s performances from current first-choice left-back Alberto Moreno.

The former Borussia Dortmund manager has failed in his pursuit of Euro 2016 Champions Raphael Guerreiro, who chose to join his old Bundesliga side instead of the Merseyside club.

The Liverpool boss looks to have also failed in his pursuit of Premier League Champion Ben Chilwell, who is set to sign a new five-year deal according to The Mail.

Klopp has been largely successful in other areas of the transfer market though, capturing Wijnaldum after confirming the signings of Sadio Mane, Marko Grujic, Loris Karius, Ragnar Klavan and Joel Matip.

In other Liverpool news, Klopp has sent this defensive duo home as The Reds prepare for their US tour.