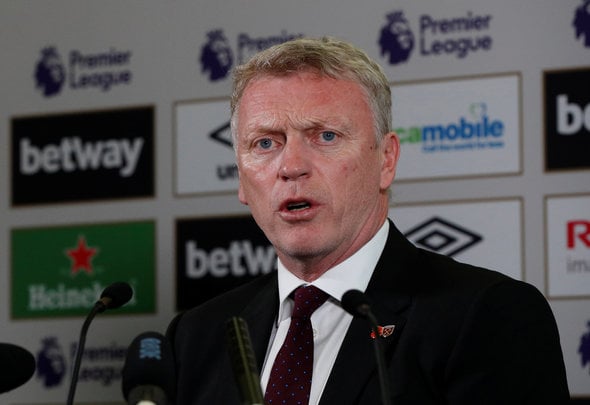 Former Everton manager David Moyes has urged caretaker boss David Unsworth to leave if the club, if he does not become the club’s next permanent manager and seek employment in the Championship or League One.

The Toffees are still searching for a full-time boss after Ronald Koeman was sacked last month.

Unsworth has lost five of his seven matches in temporary charge and his chances of landing the permanent role are looking increasingly unlikely, with the club reportedly in talks with former England boss Sam Allardyce.

The 4-1 Premier League defeat at Southampton on Sunday has increased the pressure on the club’s owners to appoint a new boss on a full-time basis as soon as possible.

“If he doesn’t take the Everton job I think I would tell ‘Unsy’ to go and manage somewhere and earn your corn,” said Moyes, as quoted by Sky Sports.

“If you want to move on go and get a job in the Championship or League One,” added new West Ham United boss.

“I would say earn your stripes first and show you can organise so that you can control the team and show that your training works, all the things that are linked with management and leadership.”

Unsworth helped Everton’s Under-23 side win the league title last season, but Moyes says the former Toffees defender would be better off leaving the club and gaining experience elsewhere.

Moyes managed Unsworth during his 11-years as Toffees boss but he will not be giving him advice when his new club West Ham travel to Goodison Park in Premier League action on Wednesday.

The Hammers are currently 18th in the table and are without a win in their last six league matches, however, they would move above Everton with a win.

A previous Times report had said that Unsworth’s days at Goodison were “numbered” after his terrible start in charge of the club and a fresh start might be what he needs to rebuild his reputation.

In other Everton news, the club are reportedly in talks with this former Chelsea and Tottenham manager over the vacant position at Goodison Park.