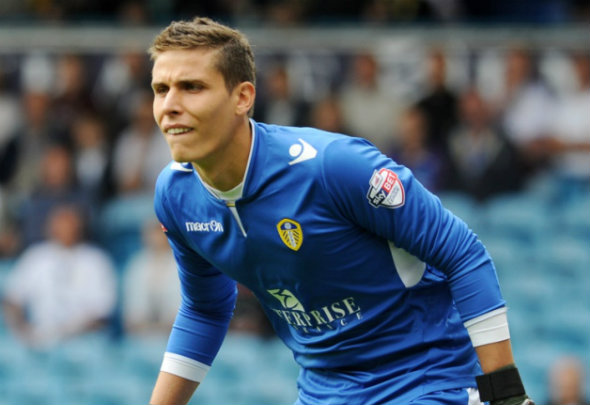 Eddie Gray believes goalkeeper Marco Silvestri will want regular first-team action and could leave Leeds in order to find it.

The former Whites legend admitted Silvestri is unlikely to knock Robert Green off the number one spot and could struggle to get the game time he envies.

Silvestri was the hero in Leeds’ penalty shoot-out victory against Norwich on Tuesday evening in the EFL Cup but he is yet to make a Championship appearance this season.

Gray believes he is yearning for more first-team action but hopes the Leeds keeper will stay and fight for his place for a few years.

“If he keeps performing like that he will want to play first-team football like any other player does,” Gray told LUTV.

“Probably he will not dislodge the [first choice] goalkeeper. But you’ve got to remember Marco [Silvestri] is still only a young keeper and you know they don’t really mature until they are in their late 20s.

“Hopefully he will be around for a few years,” he added.

The 25 year-old joined Leeds in 2014 from Italian club Chievo where he trained as a youth player and he’s gone on to make 88 league appearances at Elland Road.

However, his last appearance in the Championship came during Leeds 1-1 draw against Preston in May 2016 at the end of last season.

Green joined from QPR in the summer and has been performing well as Leeds’ number one, recording five clean sheets in the league so far.

In other Leeds news, fans reacted on Twitter to this star’s performance against Burton Albion.