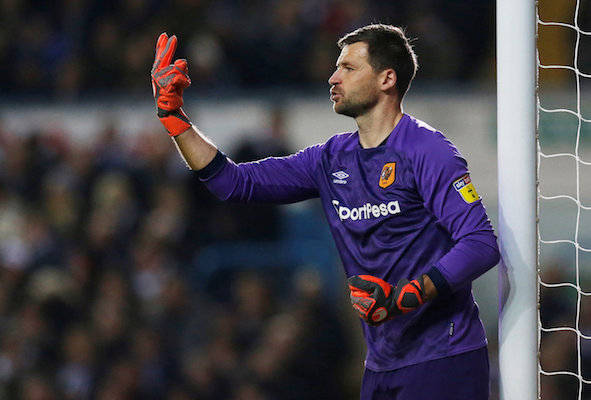 The Merseysiders are in the market for a keeper as they prepare to listen to offers for Simon Mignolet after he made just two appearances all season.

A Liverpool source has told Football Insider that sporting director Michael Edwards and his recruitment team have identified Scotland international keeper Marshall as a replacement for Mignolet.

The 34-year-old is out of contract at Hull next month and the club’s stated plan to offer him an extension has stalled amid doubts over the future of manager Nigel Adkins.

Marshall made 44 appearances, including 43 league starts, this season and has a wealth of top-level experience after lengthy stints at Cardiff City and Norwich City as well as a shorter one at Celtic. Mignolet, 31, is expected to leave Anfield after playing second fiddle to Alisson, who has made such a huge impression since signing from Roma last summer for £67million.

Jurgen Klopp is a huge admirer of Mignolet and has been impressed at the work-rate, professionalism and performances of the Belgian at the club’s Melwood headquarters on a daily basis.