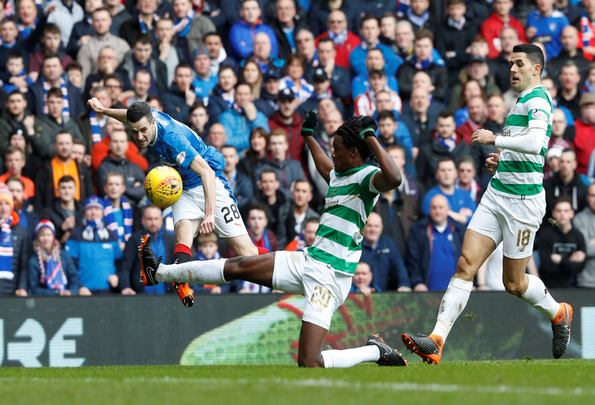 Celtic manager Brendan Rodgers must surely see that Dedryck Boyata is an absolute disaster and liability to his side at the moment.

The 27-year-old threatened to potentially derail the Hoops’ hunt for the Scottish Premiership title on Sunday with a horror show against Rangers where he was completely to blame for Josh Windass’ goal in the opening few minutes when he was caught dallying on the ball.

It’s nothing out of the ordinary either as the Belgium international has been woeful all season long with his time on the sidelines with injury starting to look more of a welcome break from his poor showings than any kind of blow.

His performance on Sunday must surely make Rodgers think that is enough is enough and he decides to cash in on the former Manchester City centre-back.

In fact, Celtic could do with an entirely new central-defensive pairing for next season with Jozo Simunovic not looking much better either.

Kristoffer Ajer and Jack Hendry look like good choices for the future, but flogging Boyata will surely help Rodgers get in some extra funds to find someone else with a bit more experience.

There will surely be clubs out there who will sign Boyata based on his CV and not his performances over the last 12 months.

Celtic may be going for a treble of trebles next season, so having a solid foundation at the back is pivotal to their chances.

In other Celtic news, John Hartson has blasted Rangers fans who attacked this Hoops star after Sunday’s derby.