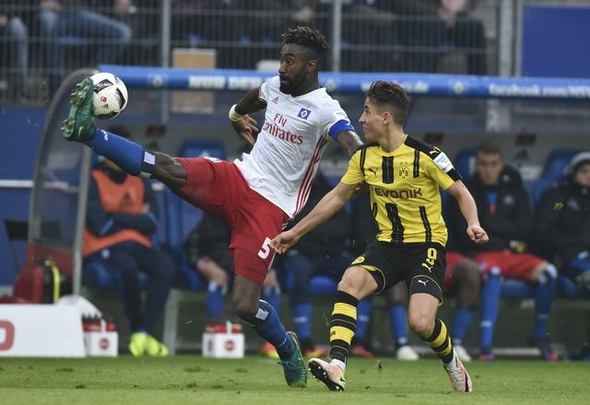 European giants Inter Milan are leading both Liverpool and Everton in the race for Borussia Dortmund attacker Emre Mor, according to a report.

The Daily Mail have claimed on their website that the two Merseyside clubs are pursuing the 20-year-old right-winger.

However, Inter are said to be the favourites with a loan move “likely” to be announced in the coming days.

The report follows confirmation from the official Borussia Dortmund Twitter account that Mor had been allowed to leave the club’s photo shoot on Wednesday in order to negotiate his future.

Mor is considered to be a bright talent and made the switch to Dortmund just last summer from Danish club Nordsjaelland, agreeing a five-year contract.

However, the rise of Christian Pulisic plus the arrivale of Maximilian Philipp has meant that Mor has now found himself surplus to requirements at the Bundesliga outfit.

Mor, who can play on both wings and in the centre played in 19 matches for Dortmund in total last season, returning one goal and three assists.

Just by looking at the names linked with a move for Mor it is clear that he is a top talent and if Everton and Liverpool are interested in signing him then one of them must ensure they beat Inter to his signing. It can be argued that Anfield is more of a draw than the San Siro, while the Premier League is certainly more attractive than Serie A these days. Meanwhile, both Merseyside clubs can offer Mor European football, which is something that Inter will not be able to do after finishing seventh in the last campaign. One advantage Inter possibly have in the deal is the offer of more first team football, but if he is offered the chance to play in England he will surely have confidence of breaking into either the Liverpool, or Everton team.

In other Liverpool transfer news, this Reds attacker is set to make a decision on his future.