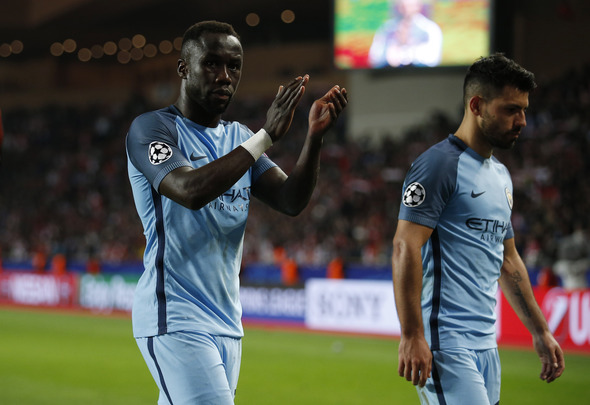 European giants Benfica and Sporting CP are plotting a move for free agent Bacary Sagna despite interest from West Ham, according to report.

The Daily Mail claims that the Hammers and Premier League news boys Brighton were both keen on Sagna, 34, following his release from Manchester City at the end of last season.

West Ham have already picked up one City reject this summer in Pablo Zabaleta after his contract ended at the Etihad while Joe Hart has also arrived on a season-long loan deal.

It is understood that clubs across Europe are now looking into signing Sagna, who is still available after failing to find a new club during the summer transfer window.

Turkish top-flight sides Besiktas and Bursaspor are also reported to be keeping tabs on the Frenchman while Hart’s former employers Torino are also on his case.

The Daily Mail reports that Sagna was earning £110,000-a-week in his previous deal at Man City, where he spent three years of his career following a seven-year spell at Arsenal.

Even though West Ham have got Zabaleta on their books, their shambolic start to the season proves that they could still do with some extra grit and experience in their squad. Sagna offers that in abundance. He is a natural winner and has spent his long career playing for top clubs in top leagues across England and France. Zabaleta hasn’t had the most convincing start to life in London so signing up Sagna on a free transfer will at least make the Argentine step up his performances due to added competition. Getting the Frenchman win would also look like Slaven Bilic and the owners have got one over on Sporting CP after the William Carvalho deal broke down.

In other West Ham news, a manager has revealed that this midfielder has agreed a deadline exit from the London Stadium.