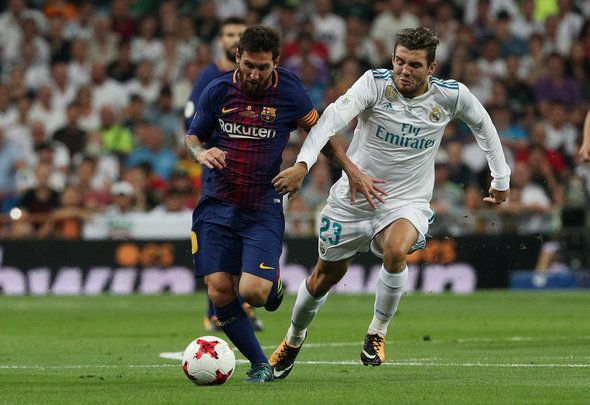 Spanish giants Real Madrid are lining up an ambitious swap deal for Dele Alli which will see Mateo Kovacic head in the other direction, according to a report.

Spanish football news website Don Balon claim that president of the Champions League title holders Florentino Perez views the 21-year-old as a top talent and wants to secure his signing during the January transfer window.

However the report states that Tottenham are not willing to listen to any offers until next summer at the earliest, while there is no mention on whether Spurs would accept a swap deal.

Croatian international midfielder Kovacic has been at the Bernabeu since joining from Inter Milan in 2015, and is contracted until 2021, but has failed to hit the expected heights.

The 23-year-old has made 78 appearances across all competitions, scoring three goals and chipping in with a further five assists, while he is yet to start a league game for Los Blancos this season.

The 34-time capped international is currently out of action with a knee injury which looks set to keep him sidelined until November.

Alli meanwhile has been one of Tottenham’s top performers since joining from MK Dons, with 35 goals and 25 assists in 107 appearances.

Last season saw him finish with 18 goals in the Premier League, seeing him finish above Zlatan Ibrahimovic and Eden Hazard in the top scorers table.

On paper it would seem that Tottenham are getting the worse end of the deal, and it would likely turn out that way on the pitch as well. Alli and Kovacic are very different players with their own individual playing styles. The Croatian likes to sit deep and dictate the tempo while Alli is much more direct, with his close control and dribbling ability. It would be unlikely if anyone at Spurs, let alone Mauricio Pochettino, sanctioned such a deal, and for the North London club’s sake, it should not be allowed to go ahead. Still, money talks, and if there is a cash incentive alongside the swap, then it might prove too tempting to decline.

In other Tottenham news, a key forward has been ruled out of the club’s clash with Apoel on Tuesday.