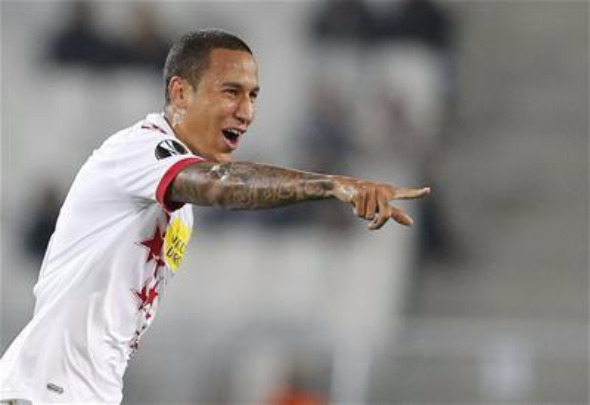 Everton are battling with AC Milan to sign FC Sion defender Leo Lacroix, according to a report.

Italian website Gazzetta Dello Sport claim that Milan are prepared to enter a bidding war with the Merseysiders for Lacroix after Ronald Koeman tabled a £6.4million bid for the 24-year-old.

It is believed that the Swiss club are waiting for Milan’s next move before deciding whether to reject Everton’s opening offer.

The Blues are expected to be busy this summer as Koeman looks to add to the squad he inherited from Roberto Martinez.

However, the Goodison Park club are not the only Premier League seeking the defender’s signature, with the report also crediting Stoke with an interest.

However, neither Stoke or Milan have made a firm bid for Lacroix, meaning Everton are currently leading the race for the player with two years left on his contract.

The Swiss-born player is yet to earn a senior cap for his national side, but has represented Switzerland at Under-21 level making five appearances.

The young defender came through the Sion youth system, making his debut in 2013 and has since gone on to make 79 appearances at the club.

The centre-back featured in 29 encounters across all competitions in the recently completed season, including two appearances against Everton’s merseyside rivals, Liverpool in the 2015-16 Europa League campaign.

In other Everton news, Ronald Koeman is eyeing a move for goalkeeper Maarten Stekelenburg.