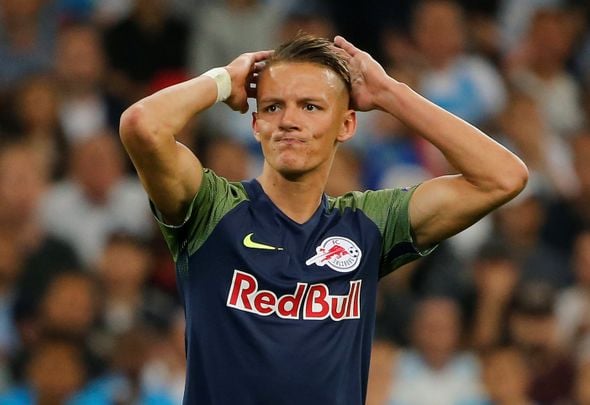 Everton are considering making a move for Red Bull Salzburg midfielder Hannes Wolf, according to a report.

The Daily Mirror report that the Toffees are one of a number of Premier League sides tracking the 19-year-old attacking midfielder after he regularly impressed for the Austrian side last season.

The national newspaper claim that Wolf had caught the Merseyside club’s eye after scoring 12 goals, while registering eight assists, in order to help Salzburg lift the league title and have their best ever European campaign.

The Toffees would be very wise to snatch up a promising talent like Wolf before any other Premier League club got the chance. While the Mirror’s report states that the Toffees are simply tracking the teen’s progress, they should realise it won’t be long before another club makes a move. Wolf may be contracted to Salzburg until 2020 but he is no doubt keen to test himself in one of Europe’s bigger leagues. The attacking midfielder delighted spectators in his seven appearances during the 2017/18 Europa League and he would have captured the attention of many prestigious clubs. Therefore the Toffees shouldn’t hesitate to be decisive in their potential pursuit of this talent as he looks destined to be a success especially based on his latest campaign. Marco Silva will be left kicking himself if he doesn’t at least register a bid for Wolf this summer as it wouldn’t be a surprised for one of his Premier Leagues rivals to make their interest concrete.

In other Everton news, Silva must ramp up reported Everton interest in playmaker, £25m could be bargain fee.