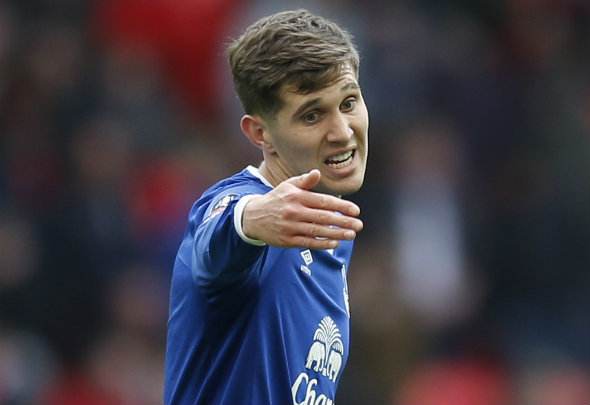 John Stones is on the brink of completing a transfer from Everton to Manchester City, according to a report.

Sky Sports claimed on their transfer centre blog on Tuesday morning (9.46am) that the deal is close to being announced by both clubs.

It is said that confirmation could come in the 24 hours but almost certainly before the end of the week.

This comes after Uefa published the Man City squad for the two-legged clash against Steaua Bucharest on Tuesday morning and Stones was listed as the number 24 in Pep Guardiola’s squad even though he is still an Everton player.

On the official UEFA Champions League website, John Stones appears in #MCFC‘s squad list ahead of the play-off. #EFC pic.twitter.com/SsZMtSX7J1

Stones’ name was published on the list along with new signings Nolito and Leroy Sane and the regular members of the Manchester club’s roster.

City take on Steaua Bucharest in the Champions League play-off round, with the first leg in Romania on Wednesday, 17 August.

Sky Sports claimed last week on their website that the Toffees have told City that they won’t budge on their £50million valuation of their star defender.

It is said two clubs have been in talks for weeks over a move to Etihad Stadium for Stones.

A £50million fee would comfortably be a new record for the Toffees and would demolish their previous transfer records.

Chelsea made three bids for Stones last summer of up to £37million, but new City boss Guardiola has earmarked the youngster as a key part of his revolution and is willing to meet the Goodison Park club’s demands.

Stones showed flashes of potential throughout a tumultuous season for Everton in 2015-16, playing in 41 games in all competitions, but he did not figure for England at Euro 2016 after being omitted in favour of Chris Smalling and Gary Cahill.

In other Everton transfer news, the Toffees are expected to return to Swansea with a new and improved offer of £15million for Ashley Williams.