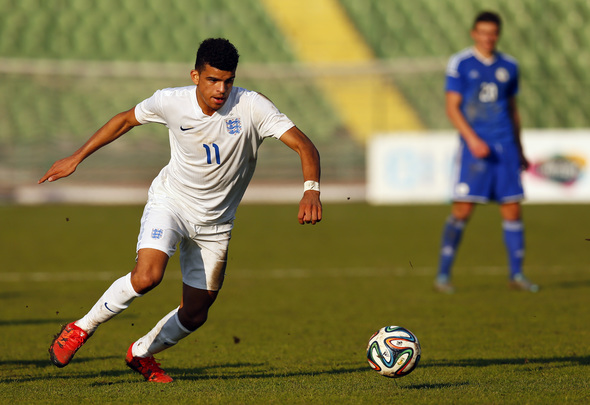 Everton are keeping close tabs on Chelsea striker Dominic Solanke, according to a report.

The Mail claim the Merseysider giants are one of a number of clubs who are keen to sign the highly rated teenager amid growing doubts about his Stamford Bridge future.

It is said that Everton “have discussed” an offer for Solanke, along with Bayern Munich, Sunderland, Arsenal, West Ham, Rangers and Celtic.

Chelsea manager Antonio Conte acknowledged on Friday that Solanke is set to leave the club in the summer when his contract expires.

The Mail report that the 19-year-old, who can play as a central striker or in a wide forward role, could cost an English club £8million in compensation.

By contrast, Scottish and continental clubs can land Solanke in the summer window for a peppercorn fee of £300,000.

Everton have the financial resources to blow many of their rivals out of the water and are unlikely to baulk at paying the wages demanded by the teenager, who is said to be seeking a £50,000-a-week deal.

The England Under-21 international has made only senior Chelsea appearance but has a fine reputation following his impressive progress through the club’s youth ranks and a fine loan spell at Vitesse Arnhem, where he scored seven goals in 26 matches.

In other Everton transfer news, this key Leeds figure is on the radar of the Premier League giants.