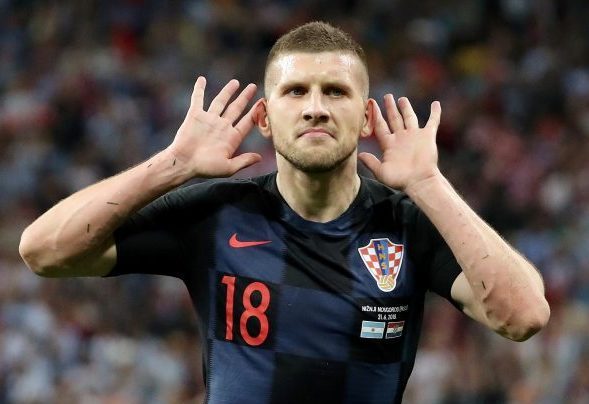 Everton are interested in signing Croatia winger Ante Rebic, according to a report.

The Mirror claims that Everton hold an interest in the 24-year-old, who is currently with his national team at the 2018 World Cup in Russia.

The Croatian currently plays for German side Eintracht Frankfurt, after they activated an option to buy the forward from his previous club Fiorentina this summer.

However, due to his outstanding performances for Croatia on the world stage, they could still be tempted to sell him as they would make a very quick profit on their outlay, with Premier League side Tottenham are also reported to hold an interest.

We’re not sure that the signing of Ante Rebic would be the most sensible thing to do for Everton. The 24-year-old was in decent form for his German club side last season, scoring nine goals in 29 appearances in all competitions, but it’s not really that impressive. There are always a few players who push their value up to ridiculous levels after a few good performances in a World Cup and we think Rebic is one of those players. He scored a good goal against Argentina but let’s put that into context, that was only his second ever goal for Croatia and he hasn’t exactly set the world alight with his performances in the other group games. If we were Marco Silva, we’d would be very careful about signing Rebic, and if you do want him, make sure you don’t overpay. In terms of value, there are better options out there for the Toffees this summer.

In other Everton news, Everton and West Ham are mulling over bids for Aaron Mooy.