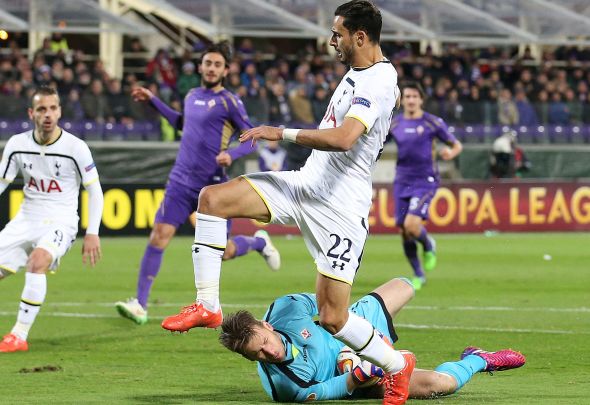 Everton have been told they must pay £8million if they are to sign goalkeeper Neto from Juventus.

Neto has a contract at Juve until 2019 after joining last summer but has failed to earn a spot in the first team and may be looking for a way out.

Italian transfer website CalcioMercato claims the Italian champions are prepared to sell the Brazilian goalkeeper this summer but are unlikely to let him go for less than their £8million asking price.

The 26-year-old joined on a free transfer but the Turin club are hopeful of a decent profit and have informed interested clubs of the fee.

Neto has played just three times in Serie A this season, and is someway behind the formidable figure of Gianluigi Buffon.

Turkish giants Besiktas are also keen on the former Brazil Under-23 international, who left Brazilian club Athletico-PR for Fiorentina in 2011.

Following the departure of Tim Howard and Joel Robles’ struggles to secure the goalkeepers’ jersey at Goodison Park, Everton are in search for a new shot-stopper under manager Ronald Koeman.

On Tuesday, Football Insider reported Everton’s continued interest in Steve Mandanda who is leaving Marseille on a free, but Koeman is reportedly keeping his options open.

In other Everton News, Koeman is ready to spend a third of his transfer kitty on a midfielder.