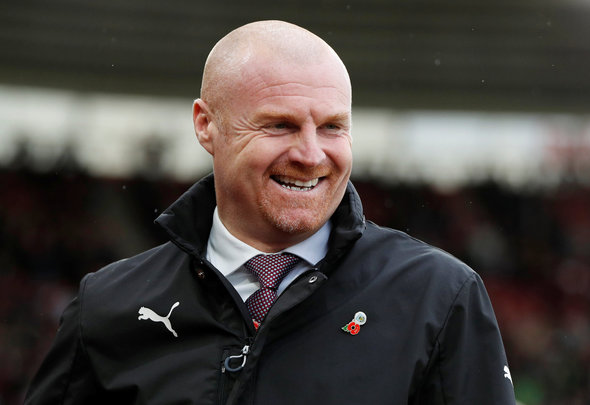 Everton will have to stump up a compensation fee of £3.5million if they want to hire Sean Dyche as their next manager, according to a report.

The Times claims that Burnley have Dyche, 46, tied down to a rolling one-year deal at Turf Moor after he penned a £3million deal last year which contains a seven-figure release clause.

It is understood that Everton are yet to make an approach for Dyche to be the successor for Ronald Koeman, who was sacked nearly three week ago by an unhappy Toffees board following a dismal start to the season.

Sam Allardyce and David Unsworth are reported to be on the Everton shortlist to replace the Dutchman, but the Mirror has recently reported that chairman Bill Kenwright has Dyche down as his top choice for the role.

It was reported that Farhad Moshiri wants a big name like Diego Simeone to take the Goodison Park hotseat and will require some convincing that a British manager is the best man the job.

With Allardyce recently claiming that he has not been offered the Goodison Park job, Dyche seems like the most likely option other than Unsworth. In caretaker charge, Unsworth hasn’t done an amazing job but he could be a good short-term solution to take the reins until a better option comes along. Dyche would cost a lot of money for a manager, but after spending £140million in the summer on players, that should be the least of Everton’s concerns. What use are those expensive signings if they don’t have a manager who is using them in the correct way? That was Koeman’s biggest downfall this season, it’s just a matter of who can come in and sort out that mistake.

In other Everton news, the Toffees are facing a salary of £4million-a-year to get in this manager target.