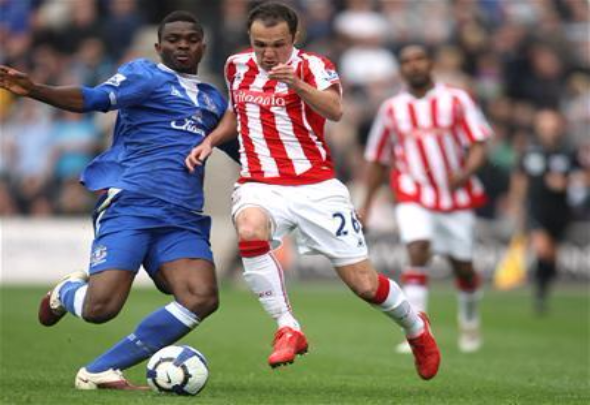 Yobo, who starred in the Toffees defence for 10 years between 2002 and 2012, was released by Fenerbache in 2014 after an unsuccessful loan spell with Norwich in the Premier League.

Nigerian news website The Eagle Online claims that the 35-year-old has finally found a new club after two years without one.

The African side will be the fifth country that the 101-time capped international will have plied his trade in after he broke through in Belgium before spells in England, France and Turkey.

Yobo joined Everton in 2002 in an initial loan move from Ligue 1 giants Marseille.

The Toffees stalwart impressed during his loan move and he became David Moyes’ first signing for the club.

When Yobo eventually left for Fenerbache, the African star had made 250 appearances in all competitions for the Goodison Park club.

The experienced pro didn’t win any honours during his time at the Toffees. The closest he came was the 2009 FA Cup final against Manchester United, which Everton lost 2-1.

In other Everton news, Sevilla have beaten the Toffees in the race to sign Paris Saint-Germain goalkeeper Salvatore Sirigu.