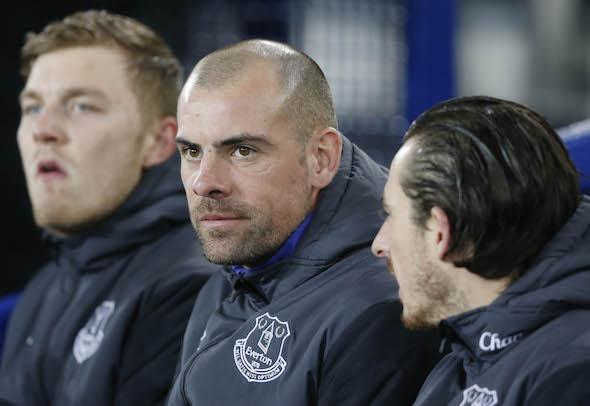 Everton duo Darron Gibson and Bryan Oviedo are on the verge of completing their moves away from Goodison Park – and fans on Twitter are thrilled.

Times correspondent Paul Joyce revealed on Twitter on Monday morning that the pair were set to join Sunderland, subject to medicals.

The Everton duo are set to link up with former Toffees boss David Moyes, having been cast aside by current chief Ronald Koeman this season.

Moyes has already been reunited with ex-Everton stars Victor Anichebe, Jack Rodwell, Steven Pienaar and Joleon Lescott, but is looking to continue his pursuit for his trusted former colleagues.

29-year-old midfielder Darron Gibson has been hampered by injuries since arriving at Goodison Park in 2012, and has been restricted to just two appearances in all competitions this term.

Oviedo, meanwhile, has seen a little more first-team action with seven appearances, but the 26-year-old has often played second-fiddle to the experienced Leighton Baines.

After seeing several new signings arrive at the club this month, Everton fans are pleased to see Ronald Koeman removing the deadweight in the squad, and took to social media to voice their delight at their latest two pending departures.

Couldn’t be happier about us shifting Gibson. Waste of space. I’ll be fine with Oviedo too if we replace him.

Oviedo and Gibson on way to sunderland for medicals 🙏🏻

Gibson Niasse Cleverley and Oviedo gone in one window , not messing around Koeman, standard are now a lot higher at EFC

So ok, Hibbert, Osman, Oviedo, Niasse, Cleverley, Gibson all gone, who will we boo now?

Knew it was smart booking tomorrow off. If Oviedo and Gibson go I'm straight on the ale after work

Looks as though Gibson & Oviedo off to Sunderland. Both never going to play here, neither good enough for what's needed now at #Everton

Overall, it looks to have been a decent rebuilding process by Koeman and Everton this month. They made a below-part start to the Premier League season, but have turned things around to win four of their last five league games.

Meanwhile, fringe players Oumar Niasse and Tom Cleverley were loaned out to Hull and Watford respectively, as was Gerard Deulofeu, who joined AC Milan until the end of the season.

In other Everton news, the club are reportedly interested in a stunning move for this £100,000-per-week Champions League attacker.