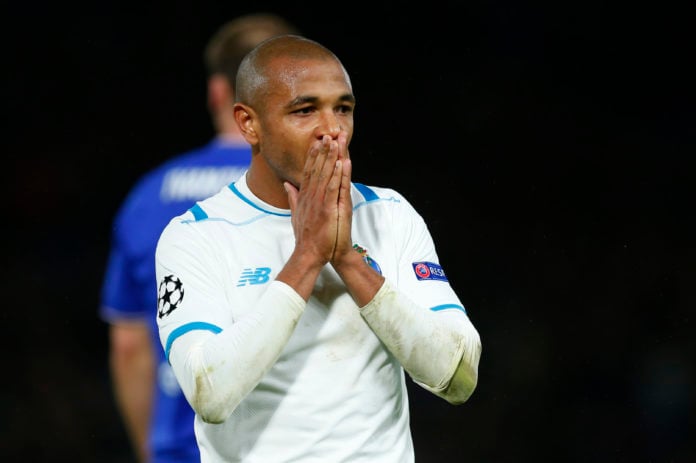 Yacine Brahimi was not interested in joining Everton from Porto on deadline day because of their lack of European football, according to a report.

Portguese publication O Jogo claim that Everton were close to securing a deal and negotiations were advanced.

But it is said that the deal collapsed at the eleventh hour because the sides never agreed on a fee and Brahimi was unimpressed at the absence of European football at Goodison Park this season.

The Guardian claimed on Wednesday that Everton had offered a £35million deal for the winger and that talks were ongoing, but O Jogo state that was as close as the agreement got.

Koeman was looking for more attacking reinforcements after bringing in Yannick Bolasie from Crystal Palace earlier in the window, but when Moussa Sissoko opted to join Tottenham he was left without a marquee signing.

Brahimi has three years left on his current contract with Porto so they were in no rush to sign the 26-year-old.

The winger signed for Porto from Granada in the summer of 2014, and 44 appearances in all competitions last season demonstrated what an important player he is to the team.

The Algeria international scored nine goals and provided ten assists in the most recent campaign, as Porto finished 15 points behind top of the league Benfica in third.

However, Porto are three matches into their new Primeira Liga campaign and Brahaimi is yet to feature.

In other Everton transfer news, their owner makes a claim after Sissoko completed his move to Tottenham.