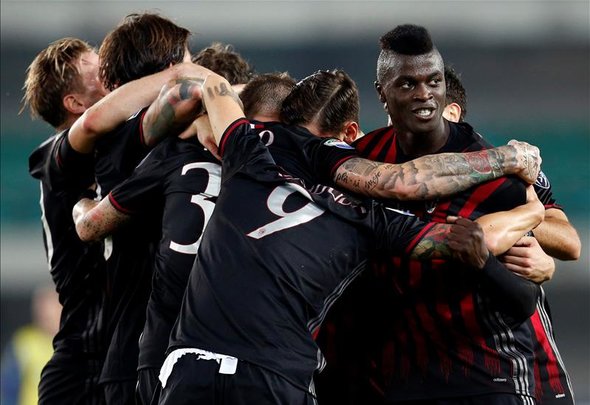 Everton could be set to miss out on a deal to sign AC Milan attacker M’Baye Niang this summer, according to a report.

Italian news outlet Calciomercato claim that the 22-year-old attacker has put talks over a move to the Premier League club on hold as he is not satisfied with the current terms on the table.

The two clubs have already agreed a transfer fee worth £13million, after the Serie A club informed Niang that he was surplus to requirements at the San Siro, but Everton still have another hurdle to overcome.

Niang’s reported decision to put talks on hold and wait for a more lucrative offer this summer could prove an emphatic one, as it could see Everton miss out on their latest summer transfer target.

It is understood that the former France Under-21 international is holding out for an offer from Premier League giants Arsenal, but the Gunners have not yet shown any significant intent over a deal for the youngster.

Niang spent the second-half of the 2016-17 campaign on loan at Watford, where he contributed two goals and two assists from his 10 appearances in all competitions.

AC Milan want Niang off their books as early as possible having added four new signings to their ranks already this summer.

Niang gave a glimpse of his talents and true potential during his brief loan spell in the Premier League last season, but there was still a lot still hidden away in the locker. As such, he could still be a fine talent under the right tutelage, and Ronald Koeman could be a fantastic choice as a new mentor. He is clearly not going to get regular opportunities at AC Milan, and a deal to move to Everton appears on the verge of completion, but the only snag appears to be what Everton are prepared to offer. Sadly, Niang is not likely to find a better proposition in the Premier League this summer than the Toffees, and he could see a decision to snub a move a costly error.

In other Everton transfer news, the Toffees are reportedly seeking a breakthrough in talks this week to land their third summer signing.