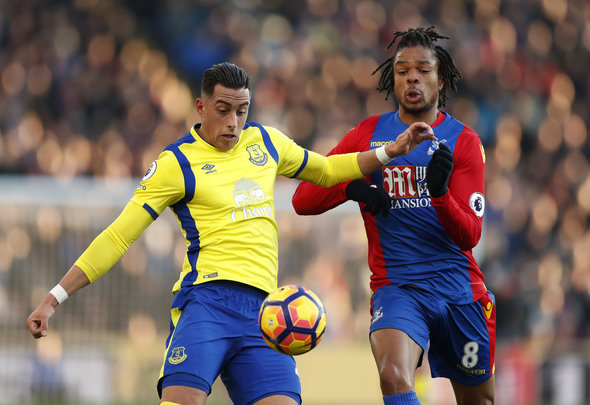 Everton are one of of three teams interested in signing available Chelsea forward Loic Remy, according to a report.

Sky Sports claimed on their transfer centre blog (Sunday, 2.49pm) that the 30-year-old will leave the Premier League giants in the summer.

It is understood that the Toffees, Southampton and French side Marseille are interested in the striker.

Remy looks set to end his three-year spell at Stamford Bridge after slipping down the pecking order.

The Frenchman hade made just 47 appearances for the Blues and spent last year out on loan at Crystal Palace, where he failed to score in just eight games for them.

Everton are making some big statements in the transfer window and desperately need to fill the void that Manchester United signing Romelu Lukaku will leave. Remy has shown in the past that he can score goals in the top flight, but has looked a shadow of himself in recent years. The pacy striker needs regular football to recapture his best form and could be worth a gamble by Koeman. He scored twice in a pre-season friendly for Chelsea against Fulham and his signature would continue to strengthen the Everton squad. The Merseyside club want to force their way into the Champions League spots and are giving themselves every chance of doing so.

In other Everton transfer news, they are lining up a £30million move for a Premier League winger.