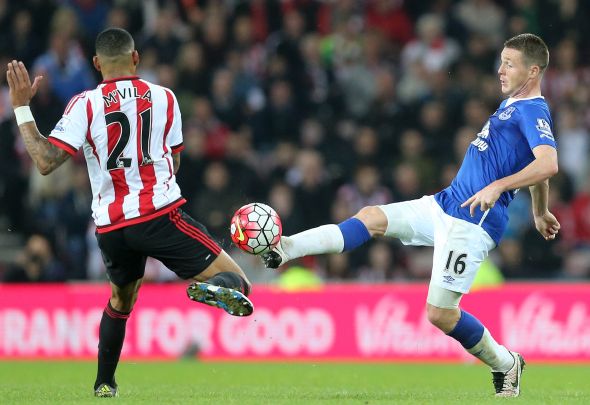 Everton midfielder James McCarthy has returned to his club to undergo an operation.

Republic of Ireland assistant manager Roy Keane says the 25-year-old has been released by the national side to continue treatment, and confirmed he will need surgery.

“James McCarthy gone back to his club for an operation,” confirmed Keane, as quoted by the Liverpool Echo.

The former Wigan midfielder was left out of the Toffees matchday squad last Saturday when they suffered a 1-0 loss against Stoke, due to the injury but it was unknown how severe it was.

Everton boss Ronald Koeman remain coy about the severity of the injury, and at that point it appeared it was unknown if he would need to go under the knife.

“He has a groin problem” Koeman said, via the Herald. “We need to decide if it is an operation, yes or no.”

The centrak midfielder was linked with a move away from the Toffees in the final weeks of the transfer window, with Celtic said to be particularly keen on a loan move.

The Sun’s transfer blog claimed on Wednesday (12:37pm) that the Scottish giants were working on a switch for the 25-year-old, but not deal was made.

McCarthy moved to Everton in the summer of 2013 for a £13million fee.

This season he has slipped down the pecking order at the club with Idrissa Gueye arriving and Gareth Barry and Ross Barkley being preffered.

McCarthy played in three out of Everton’s four opening matches of the new campaign, but the versatile player was covering for the injured Seamus Coleman in a right wing-back role.

In other Everton team news, here is the best possible Everton XI now the transfer window has closed.