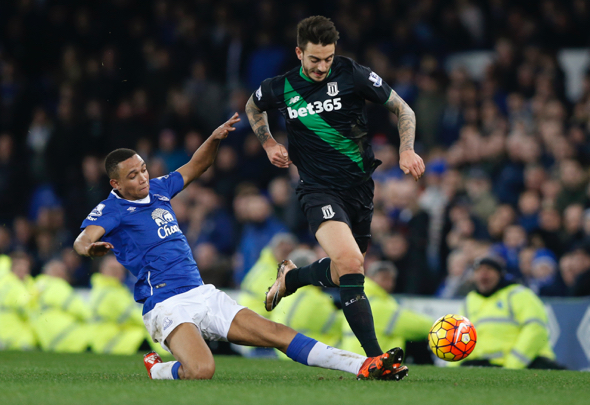 Everton left-back Brendan Galloway has told his club that he wants to terminate his deal at Sunderland and spend the rest of the season on loan former club MK Dons, according to a report.
Sky Sports claim on their transfer blog (16.34) that the 21-year-old’s move to Sunderland hasn’t worked out and that he wants a fresh start.
It is claimed that he’s finding the atmosphere at the struggling club tough and has only made seven Championship appearances – and just two since September.
He’s been told he won’t be guaranteed game time at Sunderland and he’s not part of Sam Allardyce’s plans at Goodison.
He sees a move to the MK Dons as the best for his short-term future.
Football Insider verdict:
This is a good move for Galloway. Sunderland are having a torrid time at the moment – in the bottom three of the Championship – and Galloway deserves better. His ties with the MK Dons make them the perfect club for him to go to as he seeks the experience he needs to convince Allardyce he can play an important role at Goodison in the future. The Dons are struggling at the bottom of League One and need all the help they can get to ensure they don’t slip into the bottom tier of English football. Galloway would be a good addition for them and we can’t see either Sunderland or Everton standing in the way.
In other Everton news, ‘I must be missing something’ – journalist delivers scathing verdict on Lookman supposed departure.