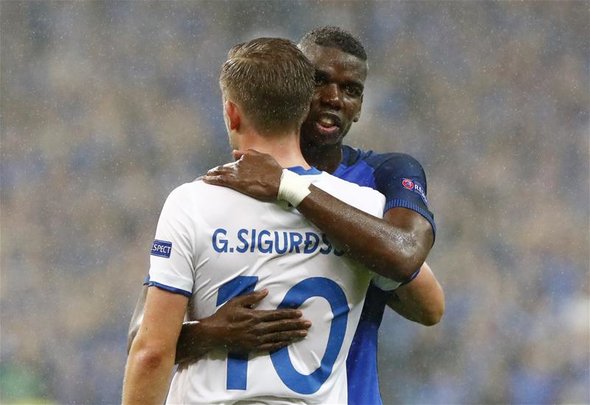 Everton are lining up a £25million bid for Swansea star Gylfi Sigurdsson, according to a report.

The Telegraph claim that the Toffees will move for the 26-year-old playmaker after he impressed at this summer’s European Championships.

The No10 could become Everton’s first signing following the appointment of the former Leicester assistant manager Steve Walsh as the Merseysiders’ new director of football.

The hot talent-spotter has been credited with finding the players who spearheaded Leicester’s against-the-odds title win, including Jamie Vardy, N’Golo Kante and Riyad Mahrez.

Former Tottenham attacking midfielder Sigurdsson, who is contracted to the Swans until 2018, scored 11 goals and provided two assists in all competitions last season. All 11 of his strikes came in the Premier League.

Swansea will now face a battle to retain one of their marquee players ahead of the 2016-17 Premier League season, and could find an offer of £25million too good to turn down.

The Blues have been quiet in the transfer window so far but Walsh’s appointment could lead to a flurry of activity for Everton.

The pairing of new manager Ronald Koeman alongside new billionaire owner Farhad Moshiri could be an attractive proposition for players as the club can now afford to pay top-level wages to attract high-profile stars.

In other Everton news, the Blues have paid £2million in compensation to recruit Steve Walsh from Leicester.