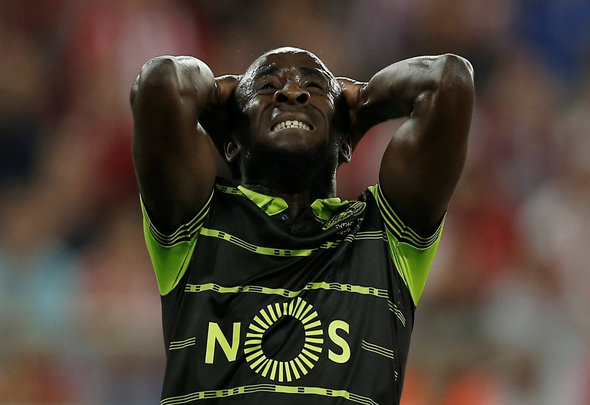 Everton have approached Sporting CP with enquries about striker Seydou Doumbia ahead of a potential January swoop, according to a report.

The Sun claims that Toffees officials have been in contact with the Portuguese giants as they look to find a solid replacement for Romelu Lukaku, who left for Manchester United in the summer.

Ronald Koeman has been unable to fill the boots left by the big Belgian as summer signing Sandro Ramirez is yet to score a goal since moving to Merseyside from Malaga.

Doumbia, 29, has been in good form in the opening fixtures of the season, especially in the Champions League when he scored and supplied an assist in Sporting’s 3-2 group stage win at Olympiakos earlier this month.

However unfortunately for Everton, the striker is said to have a £55million release clause tied into the contract that he has agreed with Sporting after making a loan move from Roma in the summer which has the view to be made permanent.

It seems very unlikely that Everton will be able to sign Doumbia in January, especially as his contract with Sporting CP isn’t technically active yet as he is still with them on a loan basis. Either way, there’s no way that Doumbia will be able to fill the boots of Lukaku and consistently score around 20 goals per season. His previous spell at Newcastle showed that he wasn’t cut out for football in the Premier League and the fact that he has been loaned out so often in his time at Roma proves that he is not capable of being a star player in one of the biggest leagues in Europe. He may have got off to a good start in the Champions League, but his goals have come against weaker opposition in FCS Bucharest and Olympiakos.

In other Everton news, supporters slammed this senior player for his display against Sunderland on Wednesday.