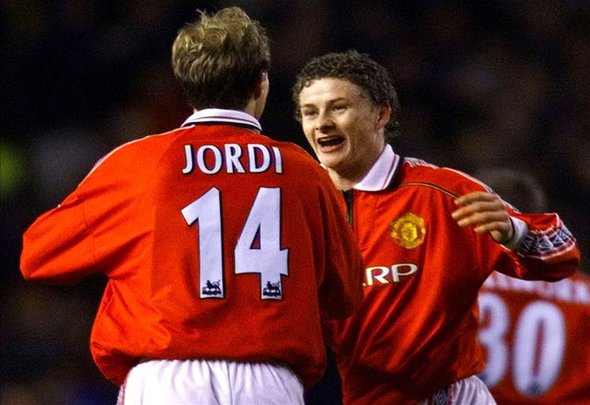 Everton have lined up Jodi Cruyff to become the club’s new director of football if they cannot land Leicester’s recruitment guru Steve Walsh, according to a report.

The Sun claims that new manager Ronald Koeman has set about instigating a revolution at Everton as they attempt to bring about swift changes to the recruitment set-up.

The Merseyside outfit’s first choice is Walsh, who took gems including Riyah Mahrez and N’Golo Kante to Leicester even though he signed a new deal with the Foxes six weeks ago.

The report says the club have made sure a plan B is in place and Everton have made contact with Jordi Cryuff, son of Johan, over the possibility of the 42-year-old taking the role.

Cruyff plied his trade as a player at Manchester United and Barcelona as a player and is currently director of football at Israeli outfit Maccabi Tel Aviv.

He has rejected offers from Germany and England in the past but could be tempted by Everton if they make a concrete proposal.

In other Everton news, the Toffees and West Ham have had their hopes of signing AC Milan striker M’Baye Niang dashed after he revealed he has not plans to quit the Italian club.