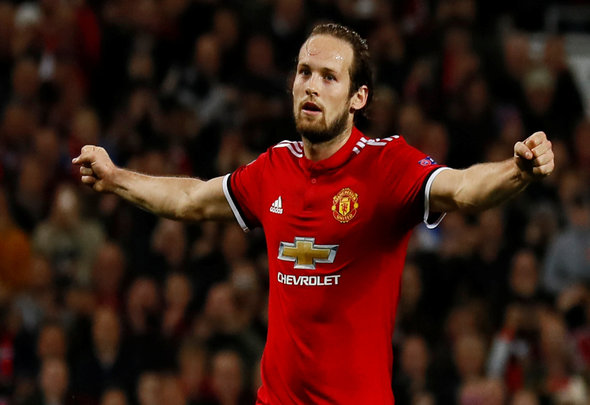 Everton are in desperate need of bolstering their options at full-back and the perfect option for them lies just down the M62 at Old Trafford.

The Mirror has reported that Manchester United have made Daley Blind available for a transfer away from the club in the summer and Everton must try and beat any competition to seal a swoop for the Dutch international.

It is understood that United have triggered a clause that sees the 27-year-old’s stay at Old Trafford extended by a year as originally the left-back would have been available for free in the summer.

Man United are now said to be looking to recoup the £14million they paid for Blind when he was signed from Ajax in 2014 – a fee that could easily be matched by Everton.

The Sun has previously reported that United are eager to also get Blind off their payroll with the defender picking up £130,000-a-week in his deal.

Blind can play in several different roles but is best served as a left-back.

The 52-times Netherlands international would be a perfect long-term replacement for the ageing Leighton Baines and if injury problems hit other areas of the squad like defensive midfield or at centre-back, Blind can also fill in there.

£14million would be an absolute steal for someone of Blind’s pedigree and experience in the Premier League so director of football Steve Walsh must pull out all the stops to get this deal over the line.

In other Everton news, the Toffees are gearing up a summer swoop for this left-footed enforcer after a £100,000-a-week deal was rejected.