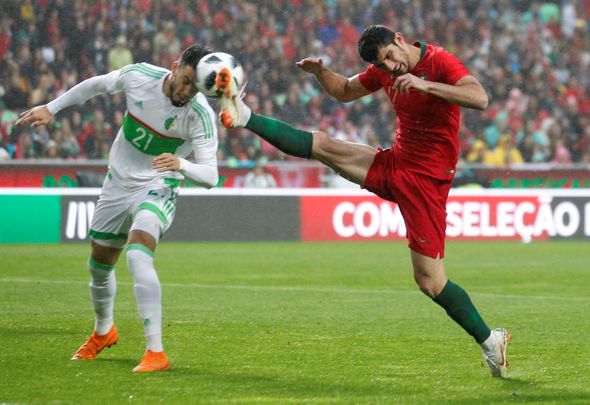 Everton must kill two birds with one stone by swooping for Ramy Bensebaini as the 23-year-old would be capable of playing for the club as a left-back as well as a centre-back.

L’Equipe reported on Sunday that the Toffees would have checked out Bensebaini as he could leave Rennes this summer but that Stuttgart were a more likely destination for the player as it stood.

The French publication claimed that the German side had shown more interest in the 23-year-old defender and that’s why they currently lead the race ahead of the Toffees.

While it appears that Marco Silva’s side interest in the player hasn’t been greatly expressed so far the club need to change that and successfully acquire Bensebaini ahead of Stuttgart.

The 23-year-old Algerian international is a no-nonsense defender as he often ensures he clears the ball out of the danger zone by hoofing it up at the pitch and is not afraid to put his body on the line as he regularly blocks the shots of his opposition by charging players down.

Bensebaini is also a comfortable dribbler of the ball, so can play it out of defence if required, and more often than not wins the aerial duels due to his sheer determination.

The 23-year-old due to his age is only set to get better but already looks like a capable player as he impressed during the 33 appearances he made for Rennes last season.

During his career the promising talent has regularly switched from playing as a left-back to a centre-back as he is equally comfortable in either position.

As the Toffees need to boost their defensive ranks in the central positions as well as find a long-term replacement for Leighton Baines at left-back, the club could easily sign Bensebaini to successfully achieve both of those goals.

Therefore the Toffees should step-up their pursuit for the Algerian international instantly and see off their competitor, Stuttgart, for his services swiftly.