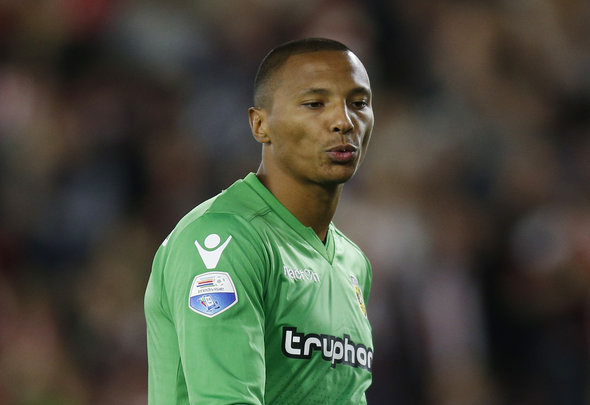 Everton have held discussions over securing the signing of Vitesse Arnhem goalkeeper Eloy Room this summer, according to a report.

The Liverpool Echo claim that the Toffees view the 28-year-old as a replacement for current stopper Joel Robles, who is said to have fallen to third place in the pecking order at Goodison Park.

The Toffees brought in Jordan Pickford for £30million this summer, and with Maarten Stekelenburg also at the club, they are prepared to let Robles depart, with Spanish side Deportivo La Coruna said to be interested in his signature.

However, manager Ronald Koeman appears to want three senior stoppers, and as such has initiated talks over Room, who is reportedly available for a bargain price of £1m.

He is the current captain of the Curacao national side, having made 14 appearances for his country, having formerly been a Dutch Under-20 international.

Selling Joel Robles and replacing him with a cheaper option seems like a sound option for Everton, especially considering Room would be joining as a third choice goalkeeper. However, as clubs have found out in the past, injuries and suspensions can hit unexpectedly, forcing the stopper in reserve to become first choice in a matter of minutes. Robles has Premier League experience, while Room would be a novice in that situation, and with points on the line, it would be a risky move to make. However, Koeman knows his squad best, and is unlikely to want to keep hold of a goalkeeper unhappy at being relegated to third choice. As such, a sale seems sensible, and keeps the moral of the squad as high as possible.

In other Everton transfer news, they have held talks over a move for this winger.