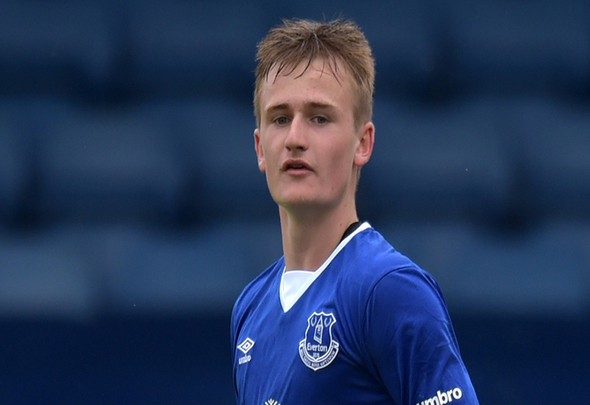 Everton are preparing to throw teenage defender Callum Connolly into their deal to sign Swansea attacker Gylfi Sigurdsson, according to a report.

The Mirror have claimed on their website that the the Toffees are ready to use the 19-year-old in exchange for the £50million-rated Swans playmaker in an attempt to increase their efforts to secure his signing.

The Goodison Park outfit have already have two bids turned down by the Welsh club with one said to be worth an initial £40million with add-ons said to take it up to £45million.

However, it is said that Ronald Koeman’s side are confident that a deal can be struck if they use Connolly as part of the deal.

Connolly can play across the back four, but at 19 he has been restricted to just one first team appearance for Everton and he has just one-year remaining on his contract at the club.

Connolly is unlikely to break into the Everton team and therefore he is expendable for the Merseysiders and they should certainly look to use him in any deal that can see them secure a highly talented player in Sigurdsson. The Toffees have a very productive academy at the moment and are bringing through a number of youngsters into their first team. However, at 19 Connolly should have played a lot more than just the one time and with a host of defenders in front of him in the club’s pecking order it is likely the Liverpool-born player’s future does lie elsewhere.

In other Everton transfer news, Sigurdsson also believes that he should be able to hold talks with the Toffees.