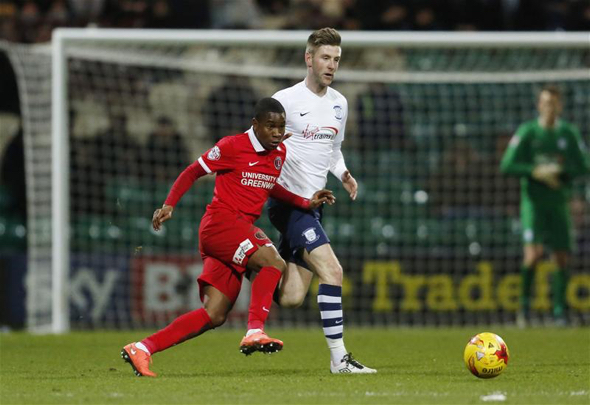 Everton are in talks to sign midfield trio Morgan Schneiderlin, Memphis Depay and Ademola Lookman in the January transfer window, according to a report.

The Mail claim that the Merseysiders are in discussions with Manchester United to land Schneiderlin and Depay, and with Charlton to capture Lookman.

It is said that wages remain an obstacle in the deals to take the central midfielder and wide man from Old Trafford.

Moreover, negotiations with League One club Charlton have also hit a stumbling block over the terms of a deal potentially worth £10million including add-ons.

Everton are reluctant to sanction a transfer that would allow the 19-year-old winger to return to the Valley on loan for the remainder of the season.

Goodison director of football Steve Walsh wants a deal in which Lookman joins Everton permanently in the January window.

Everton may have cash to burn in the January window but they must not pay over the odds for players. Koeman is keen to strengthen a squad that has looked creaking and ageing in recent months yet the cash-rich Merseysiders must not be held to ransom by rival clubs. Schneiderlin, Depay and Lookman could all make an impact at Goodison Park but none of the trio are likely to immediately transform the Dutchman’s team. The United pair have barely played this season and will take time to get up to speed, while Lookman is a rookie who needs development. Everton must be careful not to over-pay in the coming windows.

In other Everton transfer news, the club have been hit by a January blow as Jose Mourinho has pulled the plug on a midfielder switch.