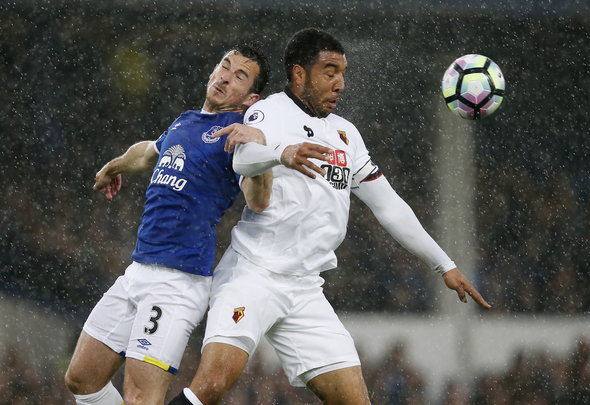 Everton are set to reignite their pursuit of Watford striker Troy Deeney in January, according to a report.

ESPN claims that Sam Allardyce has made Deeney, 29, one of his “top targets” for the upcoming transfer window as they look to bolster their striker options.

Everton have been widely criticised for not adequately replacing Romelu Lukaku in the summer when he moved to Manchester United, and it is now understood that former boss Ronald Koeman actually blocked a move for Deeney earlier this year.

It is said that the Toffees have held a “long-term” interest in the physical forward and director of football Steve Walsh is believed to be a big fan after previously trying to sign him for Leicester.

Deeney is a proven performer in the Premier League with Watford, scoring a total of 25 goals in 85 appearances in the competition after helping the Hornets establish themselves in England’s top-flight.

ESPN reports that the former Walsall striker is facing some uncertainty about his future at Vicarage Road and while Watford may be reluctant to let him leave in January, he may be convinced by the promise of more first-team football with Everton.

Deeney would be a decent buy for Everton, but he is by no means a replacement for Lukaku, who has shown at Man United that he is one of the best goalscorers in the Premier League. The target man has bags of experience and is natural born leader, and while that is something that Everton need, they need goals more than anything else. Deeney has scored a solid amount of times for a team that has been battling relegation for the past few years, but it’s unlikely he will be able to do more in a team that is trying to secure European football on a regular basis. He would be a good signing for this season, but after that, he wouldn’t be needed.

In other Everton news, Roberto Martinez has made an honest admission about Allardyce’s appointment.