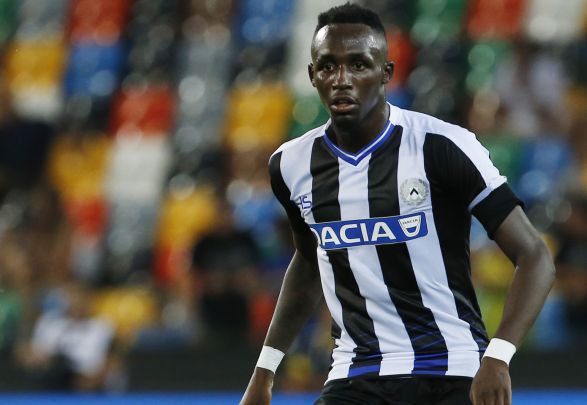 Everton and West Ham are set to throw their hat into the ring for Udinese midfield Seko Fofana, according to a report.

Italian publication Calciomercato claim Fofana’s reputation as one of the brightest young midfielders in Serie A has caught the attention of the Premier League duo.

However, it is believed that both the Hammers and the Toffees must move quickly if they are to sign Fofana, with Serie A giants Juventus and Inter Milan also keeping tabs on the 21-year-old.

The three-time France Under-19’s international is a new signing at Udinese, opting to cut ties with Manchester City last summer after failing to make a single first-team appearance.

Fofana has shot to prominence for Udinese this season, scoring an impressive five goals from midfield in his 22 Serie A outings.

Known for his unrelenting work ethic as well as a superb passing trait and box-to-box ability, Fofana’s desire to feature in both defence and attack is a rarity in midfield these days.

However, Udinese’s number six has a contract with his current side until the summer of 2021 and it remains to be seen how much Everton or West Ham will be made to pay for Fofana.

There is no doubting that Fofana could be the next big thing to arise from Italy, after sparkling in a number of midfield performances despite his tender age. That is proved by Juventus and Inter’s reported interest in him, and he would almost certainly provide quality and determination to any Premier League side. However, it must be considered by both Everton and West Ham in terms of the need of a central midfielder. Everton have an abundance of midfield stars, following the breakthrough of Tom Davies and the January signing of Morgan Schneiderlin. West Ham have both Mark Noble and Pedro Obiang in red-hot form, with plenty of options in back-up. Both clubs would be well advised to strengthen more in-need areas of their squad before moving for Fofana.

In other Everton transfer news, Koeman has scouted this Eredivisie midfielder ahead of a potential summer move.