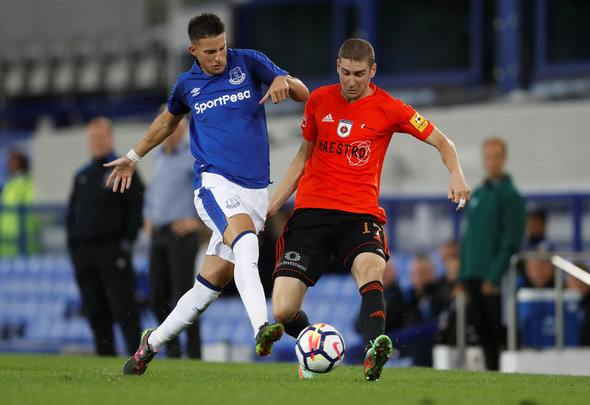 Kevin Mirallas has admitted that he wanted to leave Everton in the transfer window and re-sign for Olympiakos.

The 29-year-old has since hit out at the Merseyside club, claiming that they “turned a deaf ear” to his requests to leave after finding himself falling down Ronald Koeman’s pecking order.

Mirallas has played just 13 minutes of actions in the first three Premier League fixtures of the season and it seems that he has his heart set on returning to Greece, where he made a name for himself earlier in his career.

“I really wanted to come to Olympiakos, and we tried our best to find a deal that would suit everyone, including President Vangelis Marinakis, who did everything possible and beyond. But Everton turned a deaf ear,” he said, as quoted by Belgian news oulet DH.

“I am so sad that I have not been home and I hope that will be the case in the near future.

“I would like to thank all Olympiakos supporters for the many messages they sent me. And they must know that I love their club and, as I said before, one day I will come back to them.”

Mirallas is one of the more senior players at Goodison Park having signed for the Toffees in 2012 following a two year spell at Olympiakos where he won two league titles.

In total, the Belgian international has made 177 appearances and scored 38 goals for the Blues, though it appears he may struggle to add to those figures this season after finding himself out of touch of the first-team and because of this latest outburst.

The Liverpool Echo reported last month that Everton were willing to listen to offers for the winger but only if they could sell him on a permanent deal.

It was understood that Olympiakos were looking to sign up Mirallas on loan, which is were discussions seemingly broke down.

In other Everton news, this Toffees summer signing has revealed how a Champions League club become interested in snapping him up.