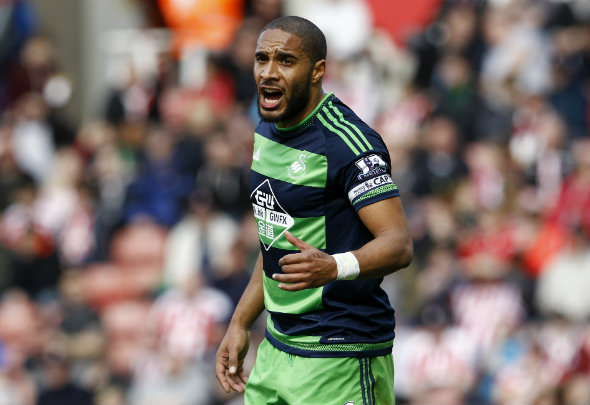 Everton are set to complete the signings of Swansea defender Ashley Williams and Aston Villa midfielder Idrissa Gueye by Wednesday night, according to reports.

Wales Online claim that Williams is set to complete a £10million move to Goodison Park in the next 48 hours.

This comes after ESPN FC reported that Everton are also expected to finalise the signing of Senegal international Gueye within the next 24 hours.

The double deal will be a huge relief for Toffees supporters after a frustrating summer in which the only senior deal they have completed to date is that of goalkeeper Maarten Stekelenburg on a free transfer.

It is also comes after Sky Sports’ News’ chief reporter Kaveh Solhekol revealed that young defender John Stones is expected to complete a £50million transfer to Manchester City this week.

The ESPN FC report says that Gueye is undergoing an Everton medical and he will put pen to paper on a long-term contract by Tuesday night.

Only former Leicester City midfielder N’Golo Kante completed more interceptions than Gueye last season and Koeman has identified him as the man to improve the Everton midfield.

Wales Online claim Swansea are prepared to cash-in on Williams and, with the centre-back open to a new challenge, it looks set that the move will now go through.

Williams helped Swansea to a twelfth-placed finish last season before being a key figure for Wales as they reached the semi-finals of Euro 2016.

He has two years remaining on his current deal and has developed himself into one of the most reliable defenders in the Premier League, starting all but two of Swansea’s 38 league matches last season.

The 31-year-old has been at the Liberty Stadium for the last eight years and is captain of both his club and country.

In other Everton transfer news, they have lost out on a midfielder as he opts to join Premier League rival.