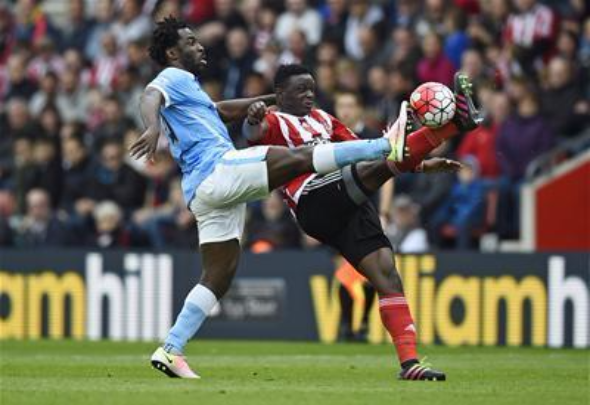 Everton have submitted a £20.5million bid to Man City for striker Wilfried Bony, according to a report.

French newspaper L’Equipe claimed in their print in edition, via Get French Football News, that Everton have tabled the offer to beat West Ham to the chase.

It is said that the Merseysiders are also offering Bony a four-year contract to tempt him to Goodison Park.

The Sun claimed on Monday that Stoke also want to bring the Bony, 27, in from Man City on a half-season loan.

It is reported that City boss Pep Guardiola will allow Bony to decide which club he wants to spend the next part of his career at.

Dutch publication Voetbal International claimed at the start of August that Everton were close to agreeing a £25.6million deal for the Ivory Coast striker.

However, the Liverpool Echo stated shortly after that the 27=year-old is not a target for Everton even though they are still searching for a striker.

Manager Ronald Koeman admitted at the time that he was in the market for a new striker, who would offer competition for star man Romelu Lukaku.

“That is one of the positions where we are looking,” Koeman said at the time, as quoted by the Liverpool Echo.

“It is that position and that is one of the reasons why I put Deulofeu in front at number nine to see if he can occupy that position.”

The Times, as cited by the Daily Star, claimed last week that the West Ham are keen to sign Bony, despite securing the services of Simone Zaza.

In other Everton transfer news, they submit a new international striker bid in a fresh attempt to strike a deal.