Everton are set to sell Yannick Bolasie at a £20million-plus loss this summer after telling him he can find a new club, Football Insider understands.

The winger, 30, will return to Merseyside at the end of the season after spending the campaign on loan at Sporting Lisbon.

A source close to Everton has told Football Insider that Bolasie does not figure in Carlo Ancelotti’s plans and the club are willing to offload him for a knockdown fee.

That could be as little as £3m in what would represent an enormous loss for the Premier League big spenders.

Bolasie was among the first wave of new arrivals following Farhad Moshiri’s takeover, costing £25million rising to a potential £30million from Crystal Palace.

The Democratic Republic of the Congo international has struggled to live up to that fee, partly due to a knee injury that wrecked his first two years.

He has spent the past two seasons on loan, at, first, Aston Villa in the Championship and, then, Belgian club Anderlecht before joining Sporting on deadline day last summer.

His record in Portugal this season has been mixed, with 25 matches in all competitions yielding two goals and five assists.

Bolasie is soon to enter the final year of his contract at Everton, which expires in the summer of 2021. 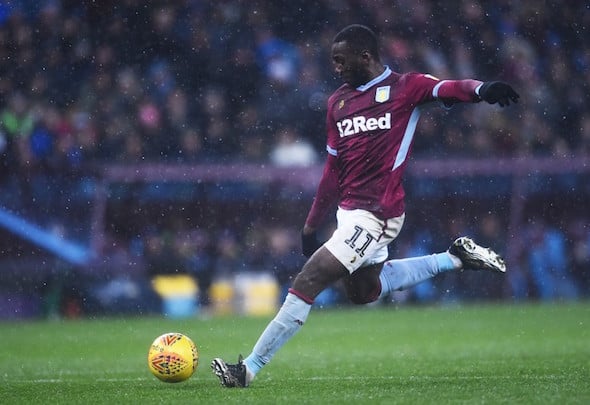 But the expectation of his parent club if that he has played his final match in a blue jersey.

His Everton record is underwhelming for such an expensive forward, with 32 appearances yielding two goals and four assists.

In other Everton news, it can be REVEALED that the club have made a move to sign centre-forward from under Chelsea’s noses.