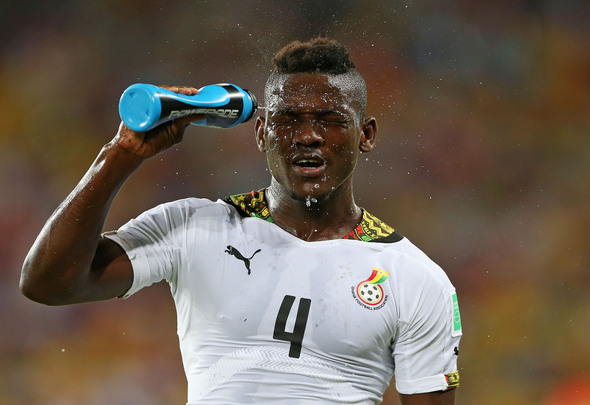 Everton and West Ham have joined the hunt for Augsburg full-back Daniel Opare, according to a report.

The Daily Mail claims that Swansea and Stoke are also keeping close tabs on Opare, 27, who is facing an uncertain future at Augsburg as his contract expires at the end of the season.

It is understood that the Bundesliga side are resigned to losing the Ghana international and are willing to offload him for £3million in the January transfer window rather than risk letting him go for free in the summer.

The report states that it is unlikely that Opare will agree to a new deal with the club he signed for in 2015.

Opare, who is known for being lightning quick in both the left and right-back roles, has not enjoyed much success in Germany and has only made 16 Bundesliga appearances since joining Augsburg over two years ago.

The Ghanaian flyer spent last season on loan with RC Lens in France but only made seven appearances for them.

Everton and West Ham should be setting their sights much higher than a £3million full-back who has barely played in the last two years. Both clubs have struggled with injuries in the full-back positions in recent times but that doesn’t mean that the cheap option will be the best one. Opare is decent. He provides pace and versatility, but there are surely young players in the development sides with both the Hammers and the Toffees who are better propositions. For instance Everton have Jonjoe Kenny who looks like he could be a real asset in the future. Signing Opare for £3million and forcing Kenny down the pecking order would be a massive crime.

In other Everton news, the Toffees are joint favourites to make a swoop for this West Ham player in January.