The giant 6ft 4in striker is heading Down Under after quitting Boro when is contract expired in June.

A recruitment source has told Football Insider that Gestede, 32, will join Melbourne Victory on a free transfer. 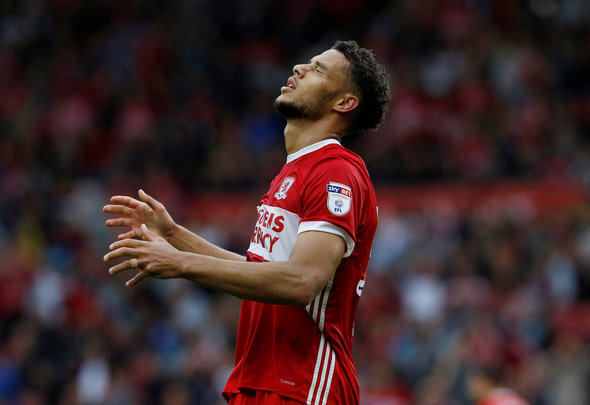 He is due to flying to Australia this week, but will have to self-isolate for two weeks before linking up with his new team-mates.

The Benin international left Boro under a cloud in the summer after walking away from the club when his contract expired at the end of June, having decided against playing in the final eight games of last season’s Championship campaign.

That was a move which drew criticism from Warnock, who said, ‘you need people in the trenches with you in this situation’.

Middlesbrough ended up finishing 17th in the second tier, five points clear of the drop zone.

Gestede had spent three-and-a-half years at the Riverside Stadium after joining in January 2017 from Aston Villa for a fee of around £6million.

He failed to nail down a regular starting spot due to injury and was also frozen out under former boss Tony Pulis.

At Boro, Gestede scored just eight goals in 71 appearances in all competitions.

He had been more effective at Villa, where he netted 10 times in 55 matches and Blackburn Rovers, where his 72 games yielded 35 goals and 10 assists.

In other news, Kevin Phillips has claimed it will be “impossible” for Aston Villa star to get back into the starting XI as Twitter footage emerges.