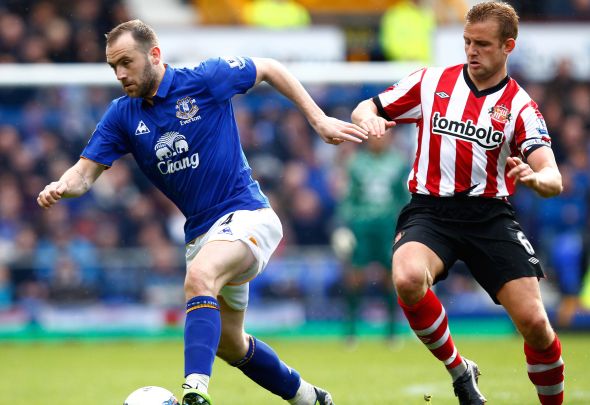 Everton’s former versatile forward James McFadden has accepted an offer for the assistant manager’s role at Scottish Premiership side Motherwell.

The striker made 116 league appearances during six years at Goodison Park, despite suffering a number of injuries.

The Daily Mail have reported that the 33-year-old has taken up the assistant role ahead of the new season, but is set to be registered as a player, too.

The Scottish club confirmed the news on its official Twitter feed.

McFadden is currently in his third spell at Fir Park, which is where he began his playing career 17 years ago.

The former Scotland international has replaced Steve Robinson, who left to take full control of League One side Oldham Athletic three weeks ago.

McFadden, who has 48 caps to his name during an eight-year spell, also played for the Toffees’ Premier League rivals Sunderland and Birmingham, where he played predominantly on the left side of midfield and behind the striker.

“This is a great opportunity for me and one that was too good to refuse,” he said. “What can I bring to the coaching side of things?

The former St.Johnstone striker made 117 appearances and scored 42 goals in three spells with the Steelmen since making his debut in a 3-0 loss to Dundee back in 2000.

Former Blues boss David Moyes identified McFadden’s talents, paying £1.25million to take him to Goodison Park in 2003. He sold him five years later for around for around £6million to Birmingham City.

In other Everton news, Irish defender Seamus Coleman has pleaded with fans to give new boss Ronald Koeman time.