Alex McLeish is convinced Ezgjan Alioski will sign a new Leeds United contract as talks continue ahead of the summer.

Speaking exclusively to Football Insider, the former Scotland boss admitted he could not see anything but the left-back staying at Elland Road.

As revealed by Football Insider last week, Leeds have been left in the dark over Alioski’s plans despite tabling a contract offer earlier this year.

The Macedonia international is set to become a free agent when his current terms expire this summer and he has agreed a pre-contract with Galatasaray.

In a surprise twist, Marcelo Bielsa confirmed last week the club are still in talks with Alioski and insisted he wants the left footer to stay.

McLeish suggested other clubs may struggle to offer the same wage as Leeds.

As such, he tipped the wing-back to commit to a new deal.

McLeish told Football Insider assistant editor Russell Edge: “I guess Alioski and his agent will be discussing: ‘Do you want more game time? Are you happy at Leeds? Are you happy with the role you’ve got at Leeds?’

“He’ll be happy with the money, I’m sure. When you see the season he’s had and the contribution he made last week (v Tottenham) as a converted left-back, it was fantastic.

“I would really think that he would want to stay at Leeds. Are there a lot of teams out there that would pay him the money he’s getting there? I’m sure he’d get a big signing-on fee or something.

“I think Leeds will make the approach to him, I’m sure, and I can’t see anything but Alioski signing.” 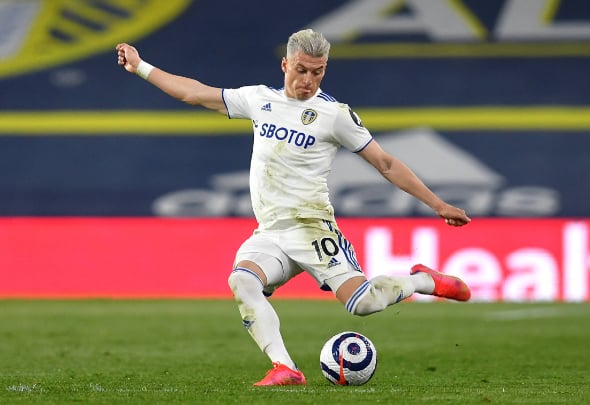 Alioski has played 35 times for Leeds this season, primarily as a makeshift left-back.

He has a total of 168 games under his belt for the Whites since joining in 2017.

In other news, Leeds United set aside £25million to pull off striker signing.