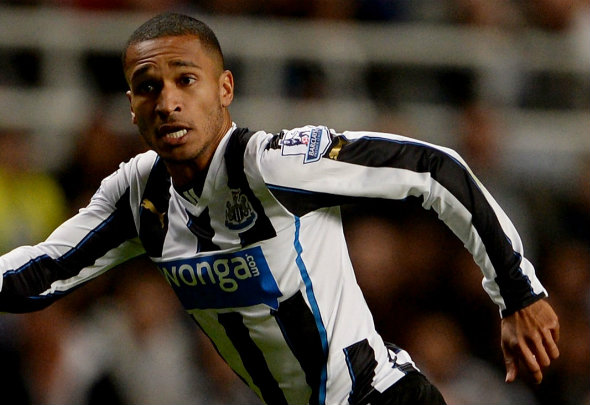 Sylvain Marveaux has singled out ex-Newcastle boss Alan Pardew as a major reason for his failure to be a success at the club.

Marveaux, who was signed by now Crystal Palace manager Pardew in 2011 from Ligue 1 outfit Rennes, believes that he had to work harder than everyone else to be noticed by the Englishman and his coaching staff.

The Frenchman finally ended his five-year spell on Tyneside this summer when his contract expired.

Speaking to French magazine France Football, the new Lorient signing rued Pardew’s long spell at St. James’ Park, which he believes had a detrimental effect on his career.

“There was no good feeling with the coach (Alan Pardew) who immediately chose other options before me,” the 30-year-old said. “I always had to do more, but it was never enough.

Marveaux, who plays predominantly as a left-winger, also revealed that his loan move to Guingamp during the 2014-15 season was purely because he didn’t want to work under the former West Ham manager.

“I always tried to stay positive and make the maximum impact,” Marveaux said. “At one time, my relationship with the coach was a little tough.

“So, I had to leave, that’s why I asked to go out on loan, which is when I joined Guingamp.”

Marveaux managed to make just 57 appearances in all competitions for the Magpies during his four year stint on Tyneside, making just 10 appearances in his first season.

However, the former France under-21 international is looking to reignite his career with Ligue 1 side Lorient.

In other Newcastle news, Joey Barton has made this claim that is sure to ruffle a few feathers with Geordie fans.