Alan Hutton has insisted Daniel Levy needs to change strategy if Tottenham are going to push for the Premier League top-four in the near future.

The former Spurs defender, speaking exclusively to Football Insider, warned the Lilywhites would go nowhere if the chairman does not loosen the purse strings in north London.

As reported by Fabrizio Romano, talks between Antonio Conte and Spurs collapsed due to several factors including wages and investment into the squad.

As such, the Lilywhites remain without a manager.

However, he insisted something needed to change from a footballing aspect.

“Yes, there’s no taking it away, his side of it is the business side. He’s done unbelievably well when it comes to the marketing, the stadium, amazing.

“If it is challenging for the top of that league, you have to spend money. Nobody stands still. To have this kind of outlook where we’ve got the best training ground, we’re bringing young boys through, that’s a project.

“We’re going to bring in some youngsters for the future, that’s a five-year project. Antonio Conte is not wanting to do that. He wants to win now, just like Mourinho wanted to win now.

“That’s a question that Daniel Levy is going to have to come out and answer to the fans and everybody involved. Where do you see this team going in the next season or two? If he wants to see it high up, he has to spend money. It’s as simple as that really.” 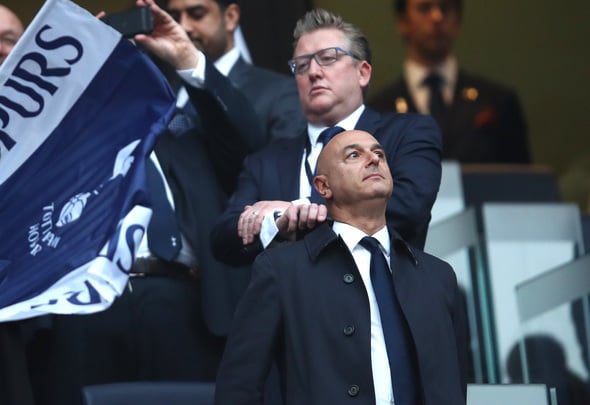 Tottenham finished seventh in the Premier League during the recently-concluded campaign.

Their last top-four finish came in the 2018/19 season when they pipped Arsenal to fourth by a single point.