Michael Brown has claimed Tottenham could be hiding the real reason for Gareth Bale’s infrequent appearances this season.

Speaking exclusively to Football Insider correspondent Dylan Childs, ex-Spurs man Brown put forward his theory in the aftermath of the London club’s 1-1 draw with Wolves on Sunday evening, in which Bale did not feature.

The party line is that a calf problem sustained in the 3-1 League Cup quarter-final victory over Stoke – in which Bale scored the opener – kept him out of the action.

But Brown, who is well connected at his former teams, is worried that there is something wrong with the Welshman beyond what is being disclosed to the fans and media.

“Are we missing something? Is there more of an ongoing issue with Gareth that we don’t know about?” he put to Football Insider.

“If you listen to Jose, he said [after Stoke match] that when Bale was walking off the pitch, he said he couldn’t carry on anymore.

“For me, that’s not Bale. Bale is one of the fittest, he’s one of the most high-intensity runners, he can cover the ground. He’s an amazing athlete.

“It’s a shame because when he gets that opening goal, you’re thinking that this could be the game for him to go on and get a couple.” 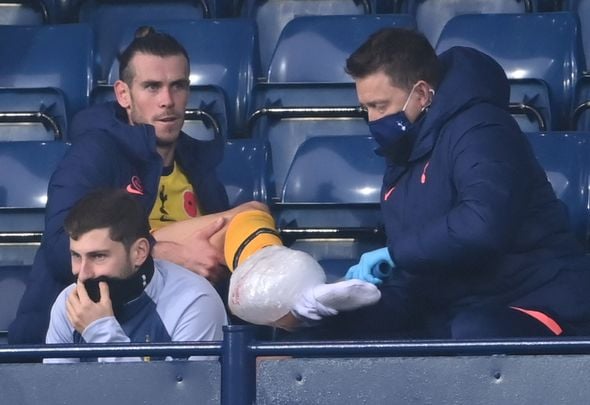 Bale rejoined Spurs on a blockbuster loan deal at the beginning of the season, having left White Hart Lane for Real Madrid in 2013 for a then-world-record fee of £85million.

In other news, the Tottenham hierarchy have finally made a decision on the fate of their most promising academy graduate in years.