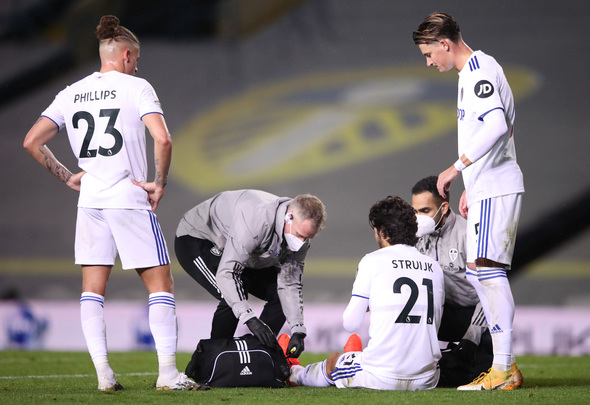 Noel Whelan hailed the “excellent” Pascal Struijk after Marcelo Bielsa revealed the Leeds United defender will step into midfield in the absence of the injured Kalvin Phillips.

Speaking exclusively to Football Insider correspondent Dylan Childs, the former Whites and Coventry forward was hopeful that captain Liam Cooper would be fit to return against Aston Villa tomorrow night having missed the loss against Wolves with a groin injury.

Kalvin Phillips was ruled out for up to six weeks yesterday after he sustained a shoulder injury in the 1-0 loss to Wolves on Monday.

Football Insider understands that the injury may not be as bad as first publicly stated and that the midfielder may return after the next international break in mid-November.

Bielsa revealed in his pre-Aston Villa press conference that Struijk, who played as a centre-half on Monday night, is surprisingly set to play the holding midfield role for the first time on Friday.

When asked by Football Insider for his thoughts on the mounting injury list at Elland Road, Whelan said: “I think Struijk did very well against Wolves.

“He looked very assured at the back, very competitive in the air and his ball distribution was excellent.

“That said, it would be nice to have Liam Cooper back. They did the right thing pulling him out of the team because you could see him holding his groin in the warm up. There is no point risking him when Llorente is going to be out for another three weeks.

“We need him back as quickly as possible because we are light in that centre-half position now with those injuries.”

Liam Cooper is a doubt for the trip to Aston Villa while Diego Llorente has been ruled out of tomorrow’s fixture.

Both defender’s suffered groin injuries while on international duty earlier this month.