Paul Robinson has heaped praise on the “exceptional” Joe Hart for his impact at Tottenham this season.

Speaking exclusively to Football Insider correspondent Dylan Childs, the former White Hart Lane number one insisted that the 33-year-old has already proven to be a “really astute signing” for Jose Mourinho’s side.

Hart arrived on a free transfer in August following his release from Burnley at the end of the 2019/20 campaign. 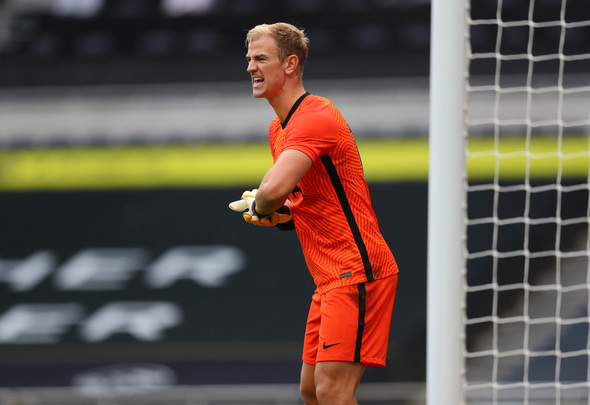 Four appearances in the Europa League mean that Hart has already played more games this season than in the entirety of the 2019/20 campaign while at Turf Moor.

When asked by Football Insider for his assessment of the 75-times England international’s start at Spurs, Robinson said:

“Joe Hart has done exceptionally since he has come in.

“He has been given his opportunity in European games and a lot of teams sign English goalkeepers to fill their home-grown quota but in Joe Hart they have made a really astute signing.

“He has established himself as the club’s number two, ahead of Gazzaniga.

“He has already played more football this season than he did last season already.”

Speaking on his start to life at Spurs last month, Hart told the BBC: ““I am not stupid. That opportunity was not going to come in a given number one slot.

“I haven’t come to shake it up. I have come to make Tottenham better.”