James Pearce claims the three aforementioned players will be given opportunities in the run in after the Premier League agreed to allow teams to use five substitutes per match. 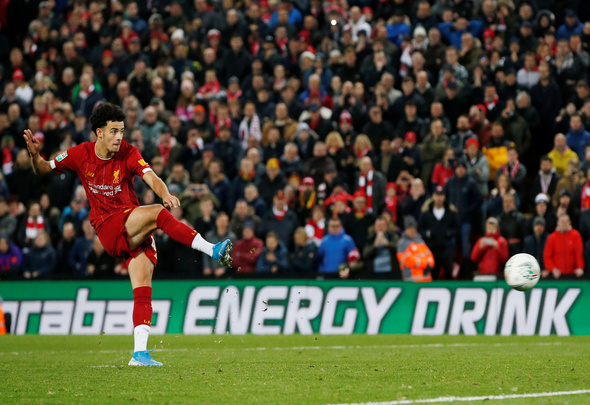 Jurgen Klopp’s side need only two wins from their remaining nine fixtures to win a first league title in 30 years and that is provided Manchester City avoid loss against Arsenal on the 17 June.

Phillips suggested the trio could be give as many as five games on the bounce once the title is sewn up.

“If they achieve it with four games left it gives Klopp an opportunity to give time to players that the Under-23 manager tells you to look at,” he told Football Insider.

“There is no pressure from any supporters so I think it would be a sensible thing to do. You would learn a lot about them.

“We all know what Harvey Elliott, Curtis Jones and Neco Williams can do but this may give Klopp an opportunity to play them for three, four, five games on the bounce.

“They would really develop when they are mixed in with some senior players.”

Football Insider revealed that Elliott will sign a new contract at Anfield this summer after he agreed terms on a new three-year deal.

Elliott has made just one Premier League appearances this term and Jones two, while Williams is yet to make his league debut.

In other Liverpool news, it can be REVEALED that £70k-a-week ace has been told to train alone.