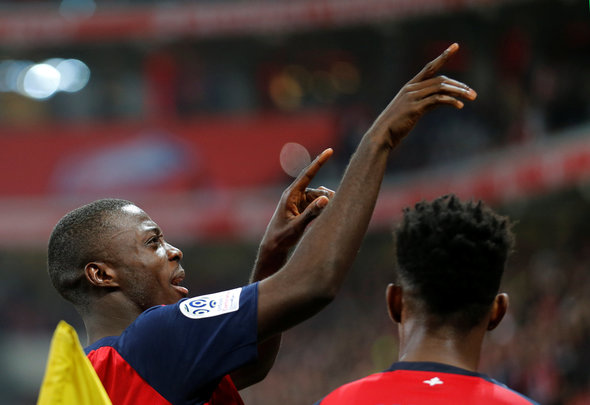 Manchester United have agreed personal terms with Lille winger Nicolas Pepe as they continue to work on agreeing a transfer fee with the French side, Football Insider has learned.

The 24-year-old has emerged as one of the most in-demand talents in Europe with his performances at the Ligue 1 outfit and is keen on making a move to the Premier League this summer.

French sources have told Football Insider that United are locked in negotiations with Lille, the French side looking for a fee of around £70million for his capture, as they look to bolster their attacking options ahead of next season.

However, Ole Gunnar Solskjaer’s side have sealed a breakthrough in talks with the player, the Ivory Coast international agreeing the terms of a five-year contract at Old Trafford, with the option of another year held by the club.

Pepe was in scintillating form last season, hitting 22 goals and chipping in with a further 12 assists in Ligue 1 to fire his side to second place and secure Champions League qualification ahead of the likes of Lyon and Marseille.

His form has caught the eye of clubs all across Europe but the player wants a move to England and the Premier League, with a number of top-flight clubs having looked at sealing his capture.

In other Manchester United news, it can be REVEALED that one player at Old Trafford is set for a significant wage rise in an imminent deal.